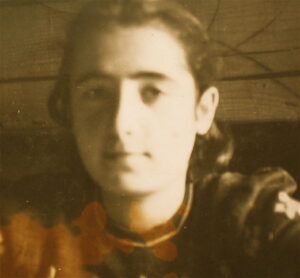 Bela (Bajla Gertner) survived Auschwitz,only to be murdered after liberation during the infamous pogrom in Kielce on July 4, 1946.  She was invited to stay on a kibbutz at the building located at 7/9 Planty , in preparation to going to Palestine. Her older brother, Aba, was killed fighting in the Warsaw Ghetto uprising.

Excerpted from Gone to Pitchipoi: A Boys' Desperate Fight for Survival in Wartime, written by Rubin Katz, Published by Academic Studies Press, 2012

“On 4 July 1946, a shocking pogrom took place in Kielce….Several of the victims were from Ostrowiec, including Bela Gertner…She had been one of the handful of young survivors I had spent time with in Ostrowiec before she had departed for Kielce. Bela was the only member of her entire family to have come through the war. For her to die so young, and so soon after liberation, was a cruel twist of fate. People complained bitterly, saying, “They are killing us all over again!" The Nazis had many willing accomplices in many countries during the war, but only the Poles were guilty of such crimes after it was over. Bela Gertner had gone to Kielce to join a group involved in Hachshara, agricultural training and Kibbutz-style communal living, in readiness for their departure for Eretz Yisrael. Bela often talked about her dreams of starting a new life in a future Jewish homeland. After all the horrors she had endured, she had no intention of remaining in Poland, but the blood-soaked Polish soil claimed her just the same.” 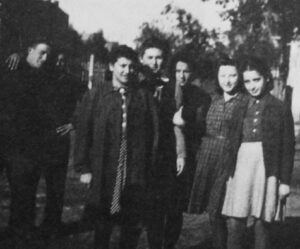 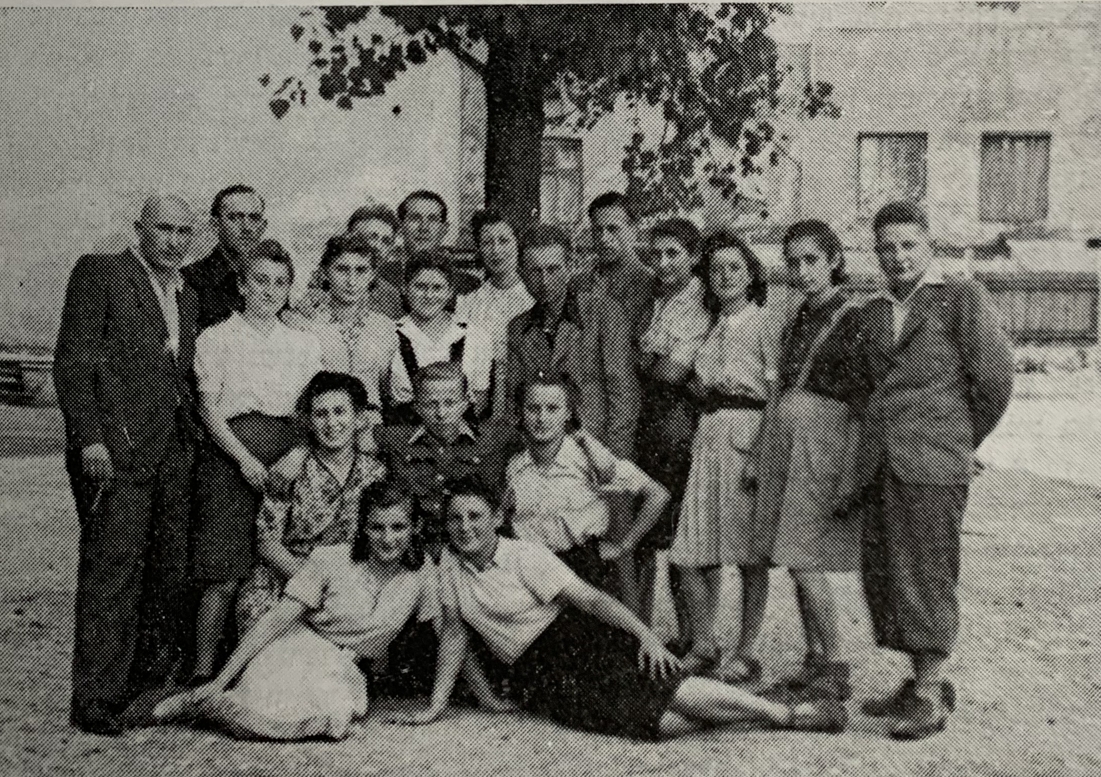 Among those wounded in the pogrom was Raphael Blumenfeld, a native of Kielce, who was the teacher and educator of a group of 35 young men and women of the Kibbutz “Ichud” that was housed on the third floor of the building at 7 Planty Street. Decades passed before Raphael was able to write his memoirs and life story, which included a description of that group of young men and women, five of whom were murdered during the pogrom. And so he wrote:

"These members of the Kibbutz were a very interesting group of youth. They all came from Kielce and the surrounding towns. Each one had a fascinating life story. They all shared one common life experience: they were all fighting to survive, after managing to live through years of hardship, suffering and constant perils of impending death.

I see them now as if for the first time: Bela Gertner from Ostrowiec, a beautiful, intelligent 16-year-old girl who was the lone survivor of her entire family, who were murdered during the Holocaust. Her brother, Abek Gertner, was one of the brave fighters who fell during the Warsaw Ghetto Uprising. Bela was a shy, introverted adolescent, always pensive who, nevertheless, was very interested in the social activities of the Kibbutz, and her participation in those activities was very prominent.

She loves to write poems and rhymes, but is shy about showing them to others. She is trying to rebuild her world that was destroyed; she is very active on the Kibbutz's culture committee, mainly editing the placard newsletter – work that she particularly enjoys. And, indeed, a new edition is posted weekly, containing the members’ opinions and impressions about what's going on around them. The newsletter is published in three languages: Yiddish, Hebrew and Polish. Here, Bela sits among us and dreams of emigrating to the Land of Israel – where Abek, her hero brother had dreamed of going.

And despite the pleadings of her relatives in Toronto, she refuses to join them and says she does not want to try living a life of exile and alienation ever again. She was very talented, this beautiful young girl, who dreamed of the day she would emigrate with the members of her Kibbutz to the Land of Israel. But her dream was never fulfilled. She was brutally robbed and murdered by a barbaric, anti-Semitic, bloodthirsty mob in this satanic city of Kielce."