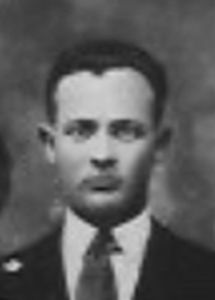 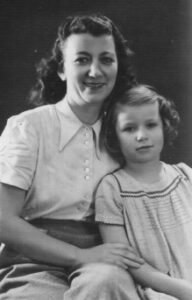 Baruch Krongold, the son of Chaskiel and Chaja Krongold, married Pola Fogelnest (b. Jan 1917 in Warsaw). The shidduch was made by Pola’s eldest brother who was close friends with Baruch. The couple lived in Ostrowiec and their first and only child Aliza was born in Ostrowiec in 1941.

Baruch was killed in Auschwitz in 1944; Pola survived Auschwitz-Birkenau and was liberated in Bergen Belsen. Their daughter Aliza survived thanks to a Ukrainian couple living in Warsaw, Mr. and Mrs. Cybulski, who claimed that the child was a niece from the countryside.

Aliza was reunited with her mother in 1945, thanks to the efforts of her aunt Gutta Krongold (Baruch’s sister) that returned her from the care of Mr. and Mrs. Cybulski.

Pola and her daughter lived in Munich from 1946.  Pola married Max Springer in 1950.  She later gave birth to twin daughters Barbara and Maria.

The family moved to Paris. Aliza married Claude Samuel and had two children Natacha and Boris.