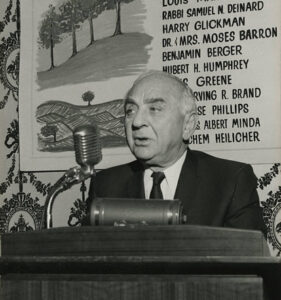 Courtesy of the Jewish Historical Society of the Upper Midwest

Information based on excerpts from Thank you, America: The biography of Benjamin N. Berger by Robert K Krishef, published by Dillon Press, 1982 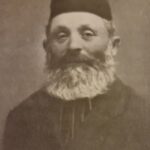 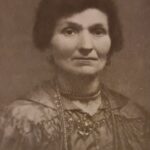 Ben was a businessman based in Minneapolis, MN.  He is well known for being one of the original owners of the Minneapolis Lakers basketball team.

Ben and his wife Mildred were philanthropists and benefactors; the establishment of the Mildred and Benjamin Berger Chair in Criminology at the Hebrew University of Jerusalem is one of their contributions. 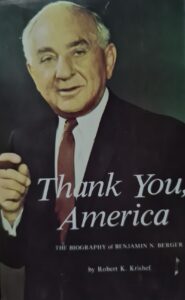 Thank you, America: The biography of Benjamin N. Berger