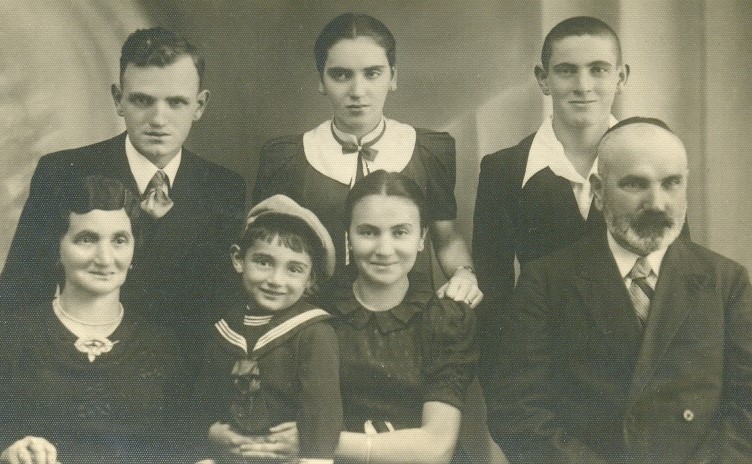 As related by Israel Blajberg, Brazil:

In this picture, unfortunately, three of the four seated in the first row perished Al Kiddush haShem in the Shoah. They were: my grandparents Szlama Blajberg and Chana Frejda Blajberg and my cousin Hilusz, z"l.

Szlama was a merchant.  He dealt with values, and had money to buy visas & passports to send his children abroad.

There were a total of 11 children.

The following two children were married, and it was not possible to send them abroad with their children. Unfortunately, they died in Treblinka, with spouses and children. Their names were given to many of our children and the children of the other eight brothers, so they remain alive in our memory. Some of the children even resemble their namesakes.

Yehoshua had a plant for manufacturing brushes, in nearby Apt (Opatow). He made brushes for all the departing                      brothers, with their names inscribed under the bristles.  I have one of the brushes, inscribed with the initials AB.

Other photographs taken by Rembrandt Studios in Ostrowiec: 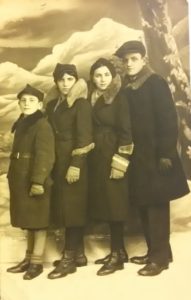 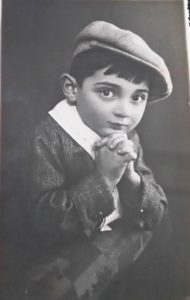 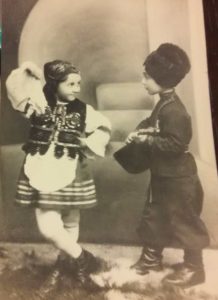 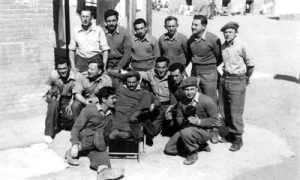 Yerachmiel Blajberg seated in middle with moustache after his release as a POW in Egypt after the fall of Nitzanim. 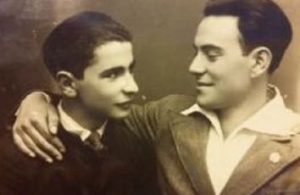 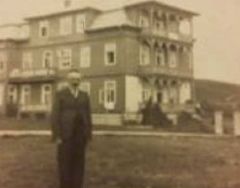 Find out more about Israel Blajberg's visit to Ostrowiec