Jews first settled in Ostrowiec in the early part of the 17th century.

A wooden synagogue was first mentioned in 1682, next to which stood a prayer-house. Earlier, in the first half of the 17th century, Jews from Ostrowiec had belonged to the Opatów community.

In 1765, the Jewish population of Ostrowiec area was about 900; most lived within the town itself. In 1787, the Jewish Community Council was made up of towns: Ostrowiec, Kunów and Waśniów and over 50 villages from the Sandomierz County.

In general, the 19th century was a time of prosperity for Ostrowiec Jews. The city had become strongly industrialised with various Jewish businesses including cement works, soap factory, soft drink factory, construction, taverns and restaurants.

In 1863, several Jews from Ostrowiec took part in the January Uprising. In 1904 and 1905 many anti-Jewish riots broke out in the city. Poles and Jews, however, came together many times in anti-Russian demonstrations. 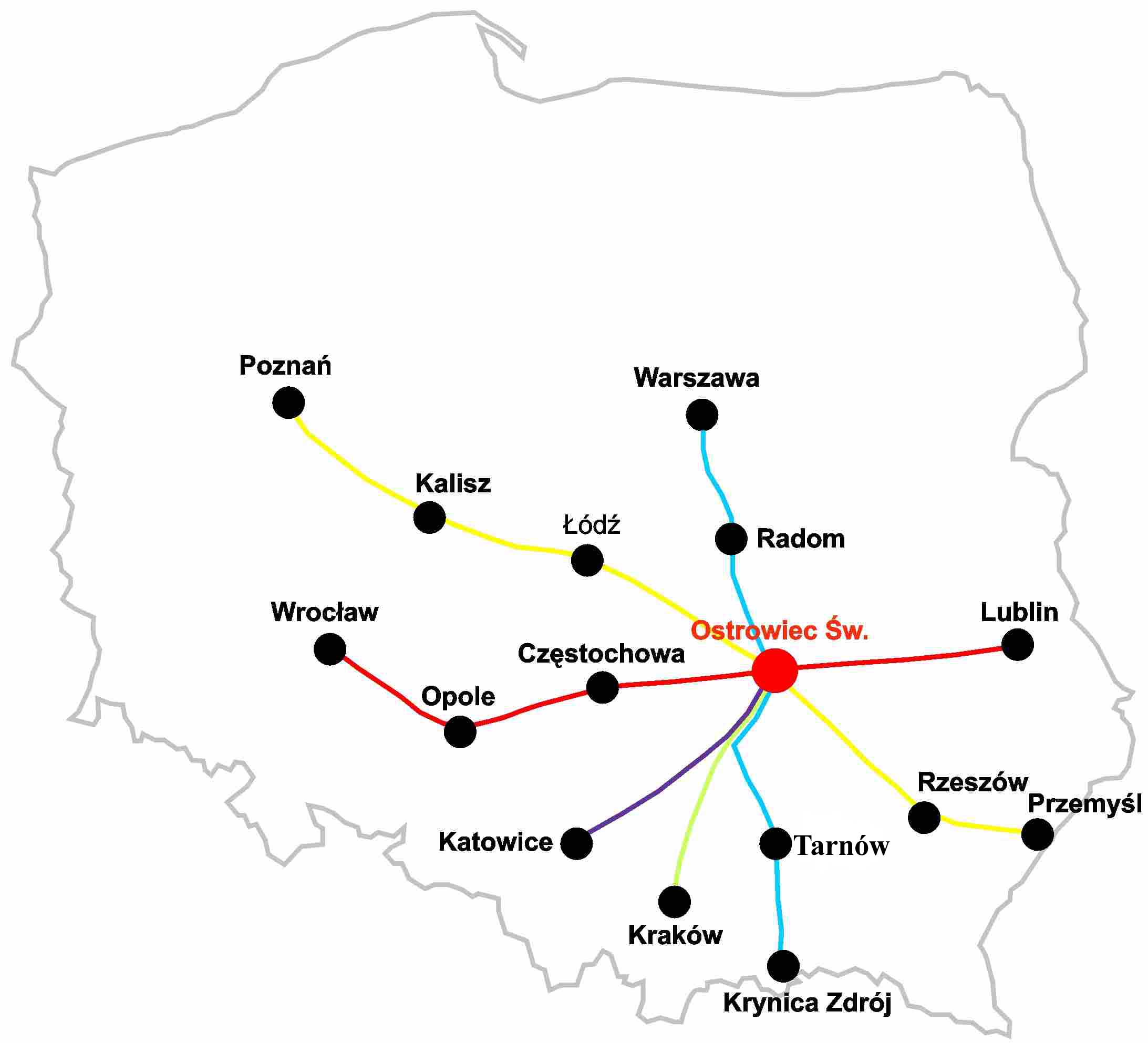 Jewish political life began to develop at the turn of the 20th century and Zionists were active from beginning of the century. During World War I, communal life continued to blossom, even though the economic situation of Jews had worsened.

By 1925, there over 9000 Jews in the Ostrowiec community with four main synagogues and over 40 smaller ones throughout the area.

The Germans entered the city on 7th September 1939. At that time, the city held around 10,000 Jews.  A Judenrat was set up and Jews were forced to be slave laborers in German controlled factories.

In the spring of 1941, a ghetto was established in Ostrowiec Świętokrzyski including Jews that were brought in from surrounding areas including 1000 Jews from Austria. Therefore, the population of Jews rose to over 15,000.

Annihilation of the Jewish Ghetto

At the same time, a slave labor camp was established at the Ostrowiec steelworks where many of the remaining local Jews were employed.

In August 1944, the slave labor camp in the steel works was liquidated and all Jewish workers were sent to the extermination camp in Auschwitz.

During the last 2-3 years of the war, however, many Jews managed to escape, including by joining partisan units.  Some even participated in the uprising of the Warsaw ghetto in 1943.

Ostrowiec was liberated in March 1945. Few Jews however returned to Ostrowiec to live for fear of pogroms or anti-Jewish activity. After the War, by May 1945, less than 200 Jews remained in Ostrowiec. In October 1945, a memorial was held for the 3rd anniversary of the deportation of most of the community to their deaths in Treblinka.