Excerpted from "The Lost Children" by Tara Zahra

In Bielsko, Poland, the Education Department of the Central Committee of Jews in Poland was charged with caring for surviving Jewish orphans and youth. The Central Committee's Dom Dziecka in Bielsko opened its doors to forty-five Jewish teenagers on June 7, 1945.

Their new home was a "bombed-out, dilapidated, ruin of a building, lacking any kind of furniture, kitchen equipment, or tableware," reported orphanage director Dr. P. Komajówna. The youths, mostly concentration camp survivors, arrived in a state of severe distress. They exhibited an "absolute lack of faith in their own strength or in a better future ... huge distrust in the permanence of any social care for them . . .  and an outstandingly negative attitude toward work, including even elementary care of personal hygiene," according to Komajówna.

Notation: The director was Pola Komaj (later Wawer) . Details of her life can be found in Polish here. 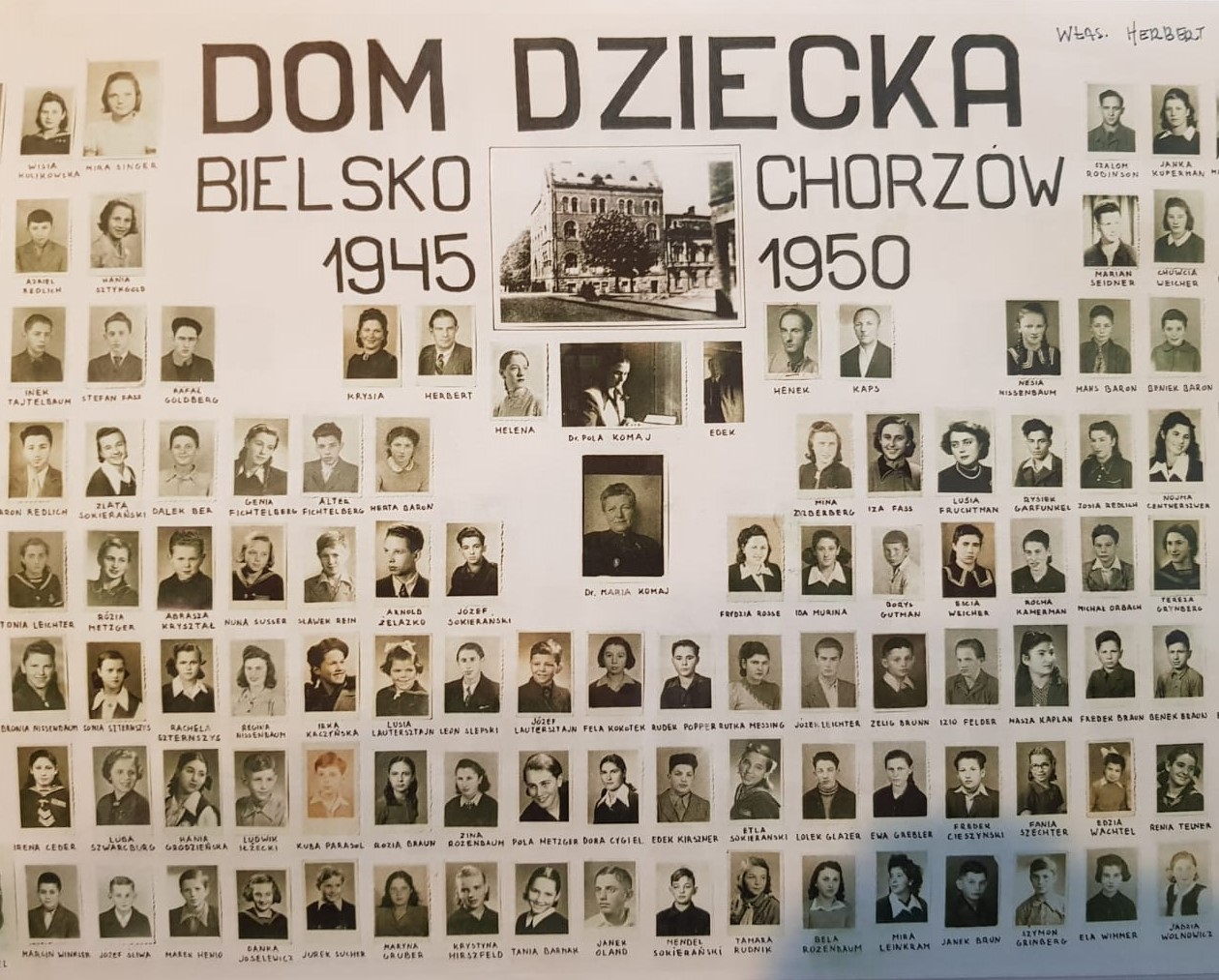 Ostrowiec survivors at this orphanage were:

Ruth Muszkies (Webber) was at the orphanage for just a short time and not in this picture.