Translation from Official Documents Concerning the Extermination in Ostrovtse,  in the Ostrowiec Yizkor book provided by Jewish Gen.  An excerpt appears below:

The large ghetto measured four square kilometers and was bordered on the left by Mlinska Street to Pieratski, and on the right by Denkovska.

Most of its residents were Polish Jews but there were about 1,200 Austrian Jews located there as well.

During the liquidation of the large ghetto about 3,000 Jews were shot, 3,000 survived and 11,000 were shipped off to Treblinka, where they were exterminated in the crematoria.

The Jews in the ghetto did not receive any foodstuffs and they were forced to concern themselves with food supplies.

The death rate in the ghetto, in particular from the typhus epidemic, was about 10 % of the general population. 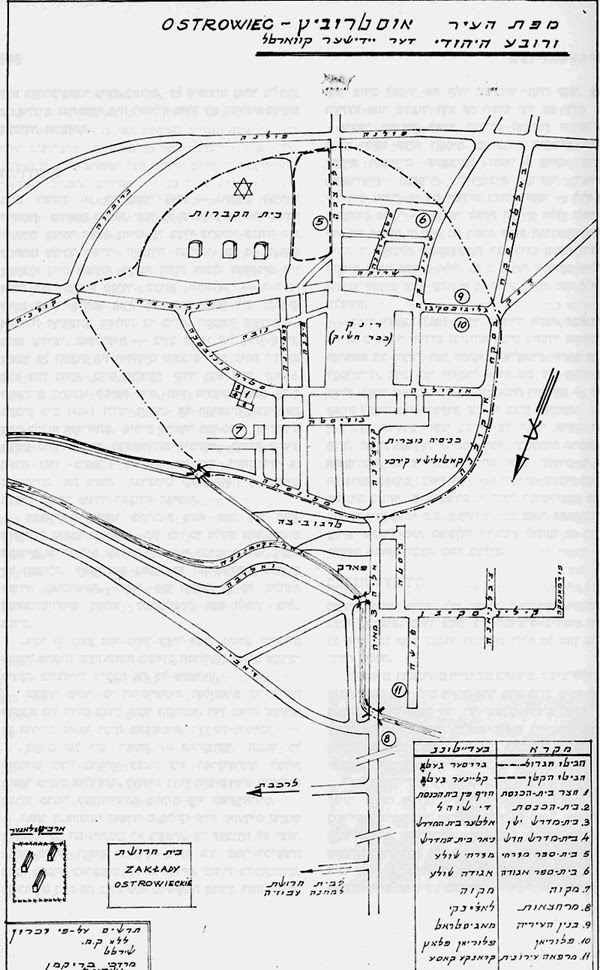 The small ghetto was established from the left of Ailzshetska to Pieratski Street; from the right to Shenkivitsh 18.   The beginning size was 30,000 square meters.  It was created on 15 October 1942, and liquidated on 31 March 1943.  In the ghetto there were an average of 3,000 people, mostly Polish Jews but also a small number of Viennese Jews.

During the liquidation of the ghetto the larger number of residents were shot and a part were deported.  During the existence of the ghetto the interned worked for German construction firms, in the Ostrovtse factories and in the town.  A sick-bay was set up in one of the barracks, especially during the typhus epidemic.

Daily executions took place in the ghetto, of Jews who were discovered in bunkers.  Five Jews were shot in December 1942:  Yosek Riba, Beyle Rubinshteyn, Rus, Shmuel Miedzshigurski and a dark unknown Jew.  The victims were buried in the Jewish cemetery.

During the liquidation of the small ghetto they took away the barracks and only the foundations remained. 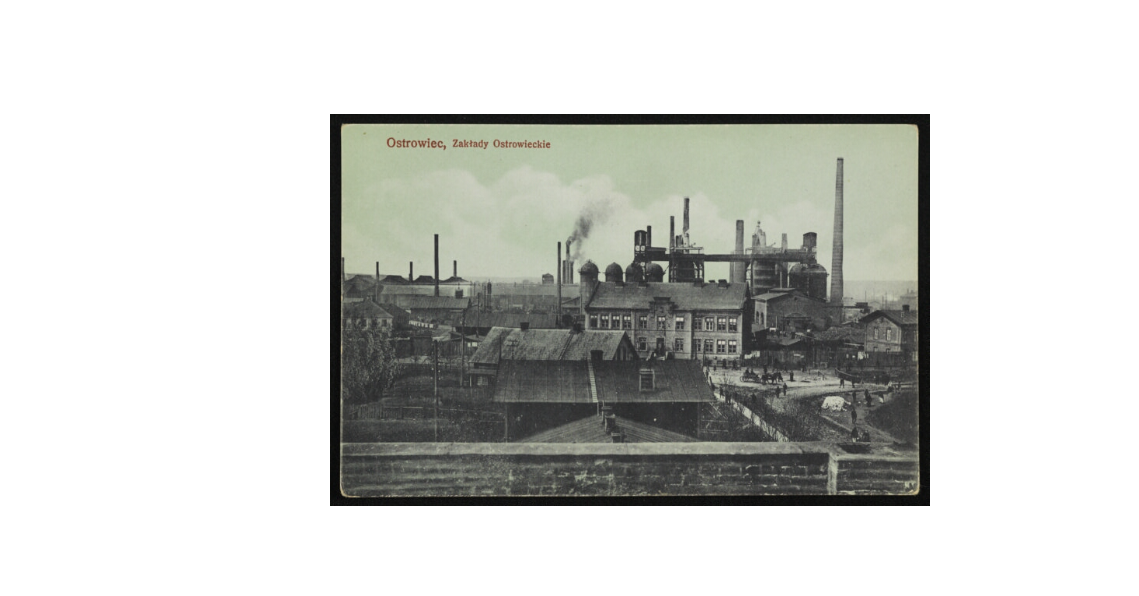 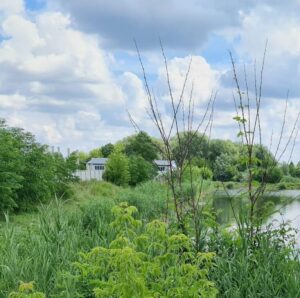 There was also… the smaller Austrian-owned Ellin plant at Bodzechów , near Ostrowiec, which produced electrical parts, also employing slave labour from our ghetto. *

"Camp “Elin” in Bodzechów, was opened on 1 October, 1942, and existed until 16 February 1943. The internees of that camp were almost exclusively Polish Jews and 10 Jews from Vienna. During that time about 500 Jews went through that camp. At the liquidation of the camp the internees were transported to Starachovits. The internees worked at renovating the camp. Outside the camp they worked at introducing electrical installations in the town and environs.

Their food consisted of 180 grams of bread and two portions of thin soup per day. There were no provisions for the sick in the camp.

On October 20th 1942 a commission arrived at the camp, headed by Lieutenant Schwarz and Holzer, with the intent to conduct a robbery action. During the course of the action several people were shot: Gershom Vintsigster, who lived on Dankovska Street; Roytman, from Stadalna 10; Yekhiel Esving from Okolna 13 and two other internees whose names are not known. In December a Viennese Jewish family, Kaufman, was shot, a couple with a five year–old son. The murdered were buried within the area of the camp. " **