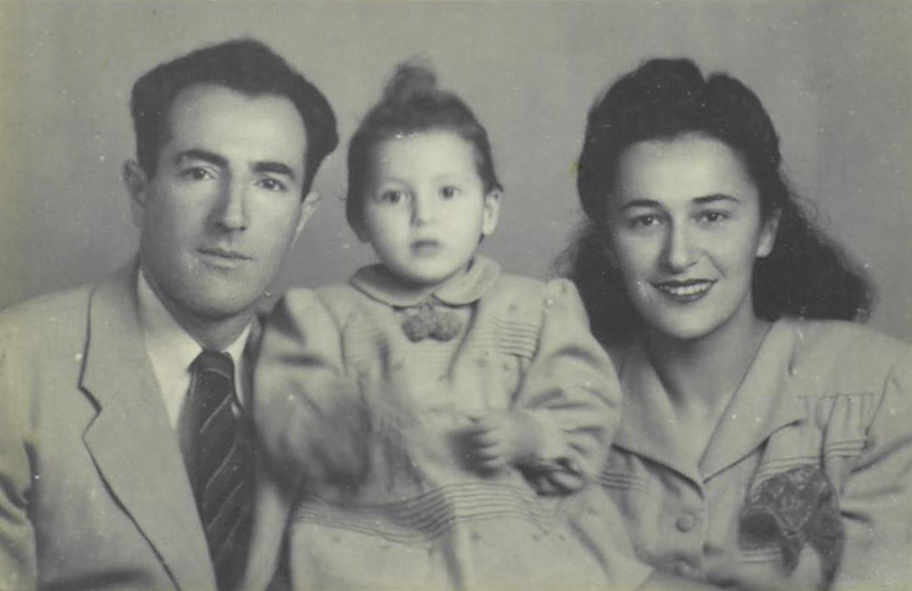 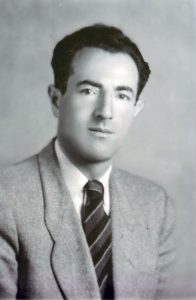 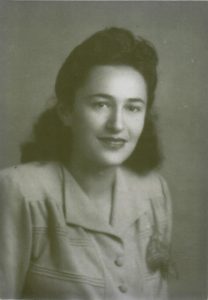 Below is based on excerpts of his Aug 30, 1995, “Testimony of Survivors” video- Shoah Visual History Foundation and by information provided by his family.

Harry Fish was born on August 16th, 1912 in Ostrowiec and had 3 sisters Golda, Shaindel, Ruchel Lea ( they were all married)and 2 brothers Feivel and Berek/Beirish.

[Feivel died before my fathers passing. Golda had a son Sammy Frydrych born in Ostrowiec on April 1, 1930 and was a child during the Holocaust and  survived the Buchenwald camp and lives in Toronto]

Harry went as a child to the Mizrachi school and when he was 11 his father, a  builder, passed away. After he died Harry started working as an electrician. Antisemitism was very strong. He played soccer with the Maccabi team and it was suggested that he  become a professional soccer player as he was considered a top player.

When the war broke out, he worked for the Judenreit/SS as an electrician. Tola, who would become his future wife, and her younger sister Irka, came to Ostrowiec from a nearby larger town called Konin. [The Germans liquidated Konin and all nearby towns of all the Jews]. The Germans made a Jewish ghetto in Ostrowiec and all the town Jews had to take in and board other Jews  from the various nearby towns arriving by train. He chose Tola and her sister Irka to come to their house. He later married Tola Piekarczyk in 1942.

In November 1943, he returned home to the ghetto after foraging for food, and he found the house empty, and the ghetto liquidated.  His entire family had been deported in a Nazi sweep of Ostrowiec and sent to Auschwitz.After the closing of the ghetto, he later worked in the steel factory and lived in the barracks near the factory.

Later in July 1944, Harry knew the Russians were close and that they would close the factory soon and them away somewhere probably to Auschwitz. A guy in the factory that he was friends with, Rachmiel Waldman, was dealing with cattle before the war and knew a guy called Sliwka- a Polish peasant farmer. He was considered a good “goy” and the thought they can go to him for help. Then another  guy came over by the name of Shaya Zweigman and he wanted to come with them as well. They planned to all leave from the factory and hide in the forest.

Harry stated in his testimony that he remembered the Stein brothers who ran away to the nearby forest. Two days later they caught them and brought them to the jail. They then told all the Jewish workers at the factory to go to the camp area and stand in a circle to be forced to see the Nazis kill the 2 brothers. After this event they escaped from the factory and hid in the fields.

Rachmiel went at first to Sliwka and he told him the story. Sliwka who asked him if Rachmiel had money and Rachmiel said he has. Sliwka then said okay and will take him and his friends.  Late Sliwka understood they had money and said” I don’t know what to do, my wife is concerned” We convinced him that he would get money from someone in Ostrowiec that was left there for him. We stayed in the barn of Sliwka until October 1944.

Mr. Sliwka then said he had an idea… that he will make a bunker and he has a son who will help. [The son is now in London, Ontario.] They made us a pit/bunker. It was just enough space for them to sit and the top was covered with hay under the horses. They lived there by breathing through upright straws until liberation on January 16, 1945.

Later in Krakow they told Harry that his wife Tola was still alive.

They were reunited and made their way to Italy. They waited among hundreds of other Jewish refugees in Southern Italy in a town called Santa Maria di Leuca in the province of Puglia. Their first daughter, Dora was born in Santa Maria di Leuca in a hospital run by Nuns with other survivor women giving birth. Dora was baby 107 of the 200 babies born to survivor women from the holocaust.

The Fish family came to Toronto on the ship called The Sobieski in 1949. They landed in Halifax, Nova Scotia and then went to Toronto. Within days Harry got a job working for a company called Toronto Electric.

After establishing his business skills he embarked on his own and established his own business of the first ever coin operated washers and dryers for apartment buildings.   It was called Mid Northern Appliance Industries.  Many of his holocaust survivor friends who went into the apartment building business called upon Harry to put his products into the basement laundry rooms of their new buildings. Survivors of the holocaust generally all tried to help each other getting established. Mid Northern Industries grew successfully, and Harry sold it years later when he retired.

Harry always kept in touch with his friend Rachmiel (Ralph) Waldman who lived in Israel. For Harrys 80th birthday his present to himself was to take his entire family to Israel where his 2 grandchildren Johanna and Philip were being Bat and Bar mitzva’d on top of Masada.

While in Israel Harry and his 2 sons-in-law went to meet Rachmiel at his home in Haifa.  Harry knew it would likely be the last reunion. Harry and Rachmiel spent a teary afternoon together hugging, holding and talking.  They had a joyous time together.

Harrys remaining years were spent happily with his wife and daughters and family.

Tragically, on December 13th, 1998 both Harry and Tola were killed in a car accident and died together.

Their life of dignity, respect and survivorship had suddenly ended.

Shaya Zweigman also emigrated to Toronto and Rachmiel Waldman to London Ontario, a city 2 hours from Toronto. Rachmiel later moved in the  1990's to Haifa, Israel

Article about Dora and her parents Harry and Tola Fish 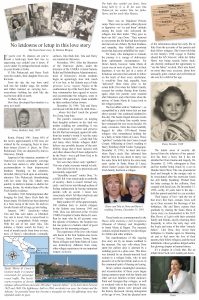