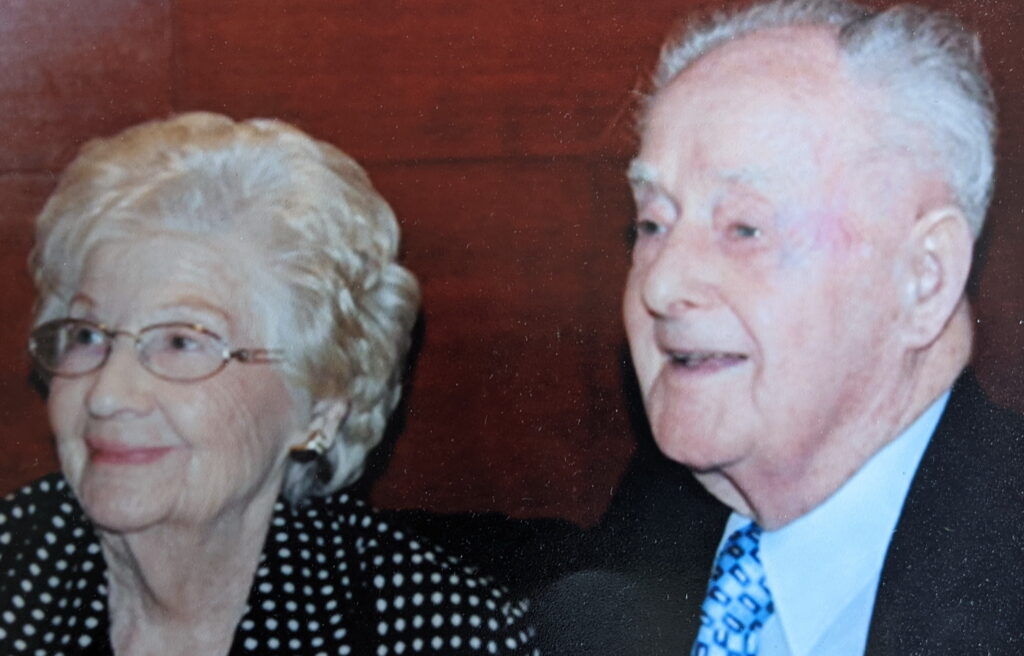 As told by their children Dr. Leon Fisher and Helen Ceifets, June 2021

Both Harry and Hanna’s ancestry can be traced back to the early 1700s in the Ostrowiec area.

Harry was the eleventh of twelve children of Lejzor Fisz and Chawa (nee Wajnman) and worked in the family hardware store (which was briefly a beer hall) at Rynek 2.  Lejzor Fisz had a wide reputation for fairness and honesty, and often was asked to mediate local disputes in both the Jewish, as well as the gentile, communities. The entire family helped in the store and lived above it. Some older siblings emigrated to Israel and Brazil prior to the war. 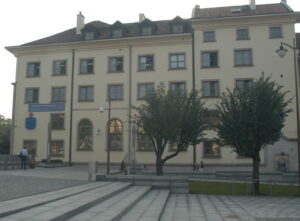 Harry’s family hardware store, left corner of the building replacing the block on the Rynek, 2008

Hanna’s parents, Judka Gurfinkiel and Cypojra (nee Gelblat) and family arrived in Ostrowiec from Zwolen around 1922. Judka, who was in forced labour in Germany during World War 1, walked back to Poland when he was belatedly told that the war was over, and later worked in leather when the family lived at Cegielniana 16.  Hanna was the seventh of eight siblings and apprenticed at the Rembrandt Photographic Studio prior to the war.  Hanna reminisces that her father’s rationale for not fleeing when the opportunity presented was that he could never leave his prized collection of religious books. 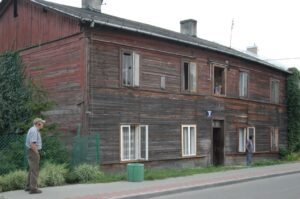 After almost three months of Nazi occupation in Ostrowiec, Harry and Hanna, along with three others, all with false documents, boarded a train towards Lviv on the night of November 30, 1939, with intentions of continuing to Russia.  Incredibly, they were barely 19 years old.  Harry had asked his father’s advice and remembers the response: “The rumours are that it’s very bad on the other side (Russia) but here, I can see that it’s very bad.”  Through chutzpah, street smarts, good fortune and the kindness of strangers, they rode and walked their way to Russia and talked their way across the border.  They were directed to Satka, in the Ural Mountains, part of western Siberia, where Helen was born in 1941.  They were able to relocate themselves to Tekeli, Kazakhstan near Mongolia, where the winters were a bit kinder.  By use of the same qualities that enabled them to leave Poland ahead of the worst of the Nazi oppression, they survived the deprivations of the war and made their way back to Poland at the war’s end.

Harry and Hanna settled in Szczecin, which had been acquired by Poland as part of the post ward territory swap, where Leon was born in 1947.  Harry returned to Ostrowiec after the war but found no reason to remain.  In 1948, Harry became a stowaway on a boat to Malmo, Sweden, where he was granted asylum and where he subsequently was able to reunite the family about one year later.  With the increasing reality of the dawning of the Iron Curtain, they feared further conflict in Europe and worked towards emigrating, preferably to North America.  With the help of the Jewish Congress, the family arrived in Halifax, Canada aboard the Anna Salen on June 4, 1951.  Harry and Hanna were surprised to be given a choice of where to settle, as previous experience with socialist, communist and fascist governments accustomed them to being directed.  They arbitrarily decided on Toronto, largely because English was the language of most of the continent. 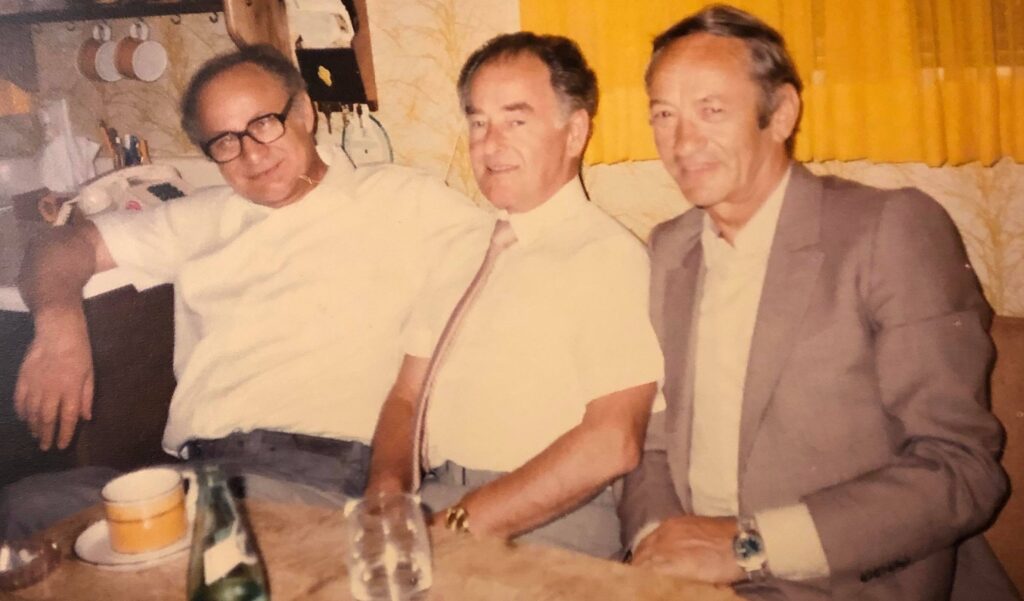 Through hard work, Harry was successful in many endeavours, including his first, a service station (before he had a driver’s licence), as well as later investments and real estate.  He was a very active member of the Ostrowiec society where Harry and Hanna connected with old friends and, surprisingly, new relatives.

Harry passed away in 2015 and we are fortunate to have Hanna still with us at 101 years of age.

We are all proud and grateful for their great instincts, endured risks, relentless energy and above all, family love.