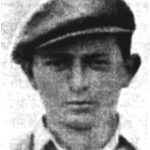 Meir Yechiel Bulka- the son of Moshe-Aharon and Rivka, was born in Ostrowiec on March 22, 1928.  In 1935, he immigrated to Israel with his parents.  He was a member of the Haganah.  When the War of Independence broke out, he enlisted in the Palmach. On May 13, 1948, he fell in defense of Gush Etzion. 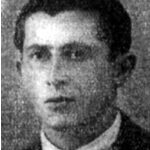 Chaim Wiessand- the son of Avraham and Ziva, was born in Ostrowiec in 1925.  During the German occupation, he was imprisoned in the ghetto and survived many hardships.  After the Holocaust, he moved to Israel. He enlisted and fell in battle near Beit Joubrine on December 21, 1948. 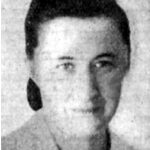 Chaya (Lena) Vasertil - the daughter of Benjamin and Gittel, was born into a Hasidic family on February 9, 1922, in southwestern Poland.  After liberation, she joined Kibbutz Ihud in Ostrowiec and was deported to Israel in June 1947.  She fell on May 14, 1948, when the enemy blew up the building in which she was sheltering.

Her full story at: https://honorisraelsfallen.com/fallen/vasertil-chaya-lena/ 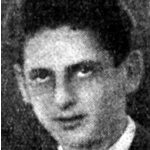 Mordechai Toppel (Topol) - the son of David and Basha, born on March 15, 1929, in Ostrowiec.  He immigrated to Israel with his parents in March 1936 and settled in Tel Aviv.  He was a member of the Haganah.  He studied in the USA but at the start of the War of Independence, he returned to Israel to serve as a pilot.  He fell on May 15, 1948, in defense of the Tel Aviv airport which had been bombed. 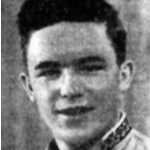 Zalman Nirenberg- the son of Avraham and Zahava, born on December 1, 1929, in Ostrowiec.  The only surviving member of his family, he immigrated to Israel in 1945.  He joined the Palmach.  He fell on April 4, 1948, at his base of Givat Hashlosha. 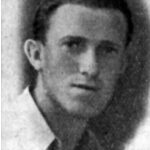 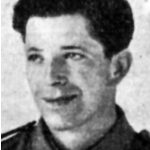 Shlomo Rubinstein- the son of Zelig and Yehudit, was born on April 14, 1916, in Ostrowiec.  He immigrated to Israel in 1929.  He joined the Hagana and served as a commander. He fell on March 21, 1948, when his convoy was attacked by Arab forces.  He continued fighting even after being shot and wounded. 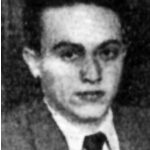 Yechiel Rosenfeld and his wife- the son of Yosef and Rivka, born to a Hasidic family on January 31, 1923, in Ostrowiec (one source says in nearby Opatow).  After the Holocaust, he moved to Lodz, where he and his wife were the first Jewish couple to get married after the war.  In 1946, he and his wife immigrated to Israel. At the beginning of the War of Independence, Yechiel worked in the arms depot and his wife was a paramedic.  They both fell on May 13, 1948, while defending Gush Ezion. 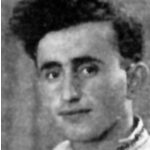 Yaakov Shafir /“Shafik”- the son of Yeruchem and Rachel, was born in 1928 in Ostrowiec.  After the Holocaust, he was transferred to Italy and immigrated to Israel in 1945.  He joined the Haganah and the Palmach.  He fell on January 7, 1949 when his vehicle was ambushed by Egyptian soldiers. 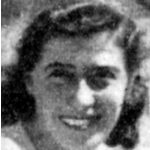 Esther Dreisinger Kaufman- the daughter of Bluma and Moshe, was born on November 6, 1923, in Milz, Poland.  After liberation, she joined Kibbutz Ihud in Ostrowiec and immigrated to Israel in 1946.  She and her husband fell on May 14, 1948, when the enemy blew up the building in which she was sheltering.

Source of photos on this page: https://honorisraelsfallen.com/