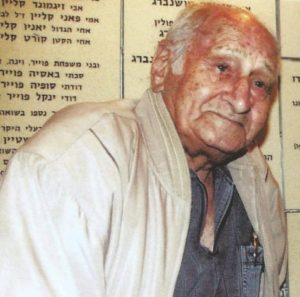 The family is originally from Ostrowiec Świętokrzyski, a town in central Poland, 50km east of Kielce. Isser Greber's maternal grandfather was Josef (son of Isser) Sherman. His grandmother was Zinna. Josef and Zinna had four sons and three daughters. Avram was the eldest, followed by Herszel, Chava (she immigrated to Cuba in the 1920's and in 1958, after Castro's revolution, she immigrated to the USA), Zelda (Isser's mother), Pola and Judil who was the youngest. Judil served in the Polish Army in the 1930's in the Pod Chałański regiment in Sanok (south-eastern Poland). After he was released from the army, he worked in a factory called Cegielniana, which produced bricks. When World War II broke out and the Germans invaded Poland, he was enlisted into the army and took part in battles until he was captured by the Germans. He later escaped and returned to Ostrowiec.

The whole family, including Josef, Zinna and their descendants with their families perished in the Holocaust in 1942. Only Chava and her family, who had emigrated from Poland before the war, survived.

Prior to the war, Grandfather Josef Sherman was a wealthy man. He had a factory, which manufactured cottonwool. He also was a big fish merchant and had several fishponds and held a special license to fish in Zawichost, a small town by the Vistula (Wisła) River in southern Poland, near Sandomierz.

Zelda Sherman, Isser's mother, was born in 1903. In 1921, she married Baruch Greber. She perished in the Holocaust in 1942. Baruch Greber, Isser's father, was born in ~1900 in Klimontów, in Sandomierz County. He had a workshop in Ostrowiec, which manufactured men's suits and special wear for wealthy people. He employed two tailors. Baruch was also very active in public affairs and in the social life and used to help underprivileged members of the Jewish community in the city. Due to his good relations with many Polish public officials, he could help many Jews who addressed him with their private problems. Baruch and Zelda had five sons:

The Greber family lived in Ostrowiec in a two stories house in ul. Kilińskiego 23. Their house was Zionist-oriented. Isser and his two brothers studied in the local Jewish Yavne school that belonged to the Hamizrachi, a Zionist-religious movement. After graduating from fourth grade, Isser continued his studies in a Polish school. In the afternoons, he continued to study in Yavne. Isser also managed to study for a year in a Polish secondary school, before the war broke out. He was one of the very few Jewish students there.

In September 1939, when the Germans invaded Poland and occupied Ostrowiec, Isser was 17 and half years old.

In April 1941, a Ghetto was created in Ostrowiec and the Greber family was forced in there with the rest of the Jewish community.

In the summer of 1942, the Greber family, except for Isser and his brother Gdaljah, were deported to the Auschwitz death camp. Gdaljah survived until 1943 when he was deported to Treblinka. Isser was saved being a forced laborer in a large local factory that produced train cars. He stayed there, in the harshest conditions of slave labor and constant hunger until 1944. In the summer of that year, he heard a rumor, from non-Jewish forced laborers in the plant that the Germans were planning to deport the remaining 2000 Jews in the work camps of the city to Auschwitz. He then decided to escape. He took two other Jewish inmates with him, both his cousins, and they all escaped from the production plant. One of the two youngsters, who joined Isser, survived and currently lives in Canada. A Polish villager murdered the other one, soon after their escape. Isser escaped to the nearby forests and joined a Polish partisans' unit. He stayed with them for a few weeks and took part in several actions against the Germans. However, he felt insecure with them since their commander, who was his school friend, had warned him that being a Jew was dangerous even among the partisans. Isser then crossed the lines and reached territory already occupied by the Russians. He walked for about two months to Lublin where he volunteered to the Polish Army. He was assigned to the First Transportation Regiment (Pierwszy Pułk Samochodowy). With that unit he advanced to Berlin and arrived there on May 9, 1945.

After the war, Isser returned to Poland but later that year he moved to Olching (a municipality in the district of Fürstenfeldbruck, in Bavaria, Germany). His aim was to immigrate to Palestine. He stayed there until April 1947. He then boarded the immigrant ship "Theodore Herzl" which sailed to Palestine, trying to break through the British blockade. On their arrival in Haifa, being illegal immigrants, they were all arrested by the British and were sent to a detention camp in Cyprus. Isser Greber was detained in a camp near Famagusta for about two years. In that period, he married Bronka Parasol (from Będzin) whom he had met at the Jewish immigrants' camp in France where they were staying before they departed together for Palestine. In January 1949, they finally arrived in Israel. On August 20,1949,  Isser and Bronka's first son, Baruch, was born.

Soon after their arrival in Israel, the Greber family settled down in Jaffa on the outskirts of Tel Aviv. They stayed there until 1957 and then moved to Giv'atayim. As time went by, Isser established a bus transportation company and owned tens of buses.

Bronka Greber died in 1963. In 1964, Isser married Esther Rosemarin (Kassorella). Esther was born in Yugoslavia in 1928. She had a son named Gad Rosemarin and a daughter named Drorit Greber. 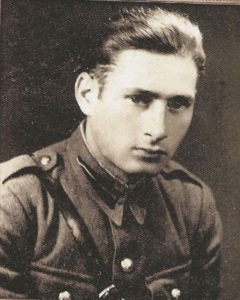 Isser as a young Polish soldier 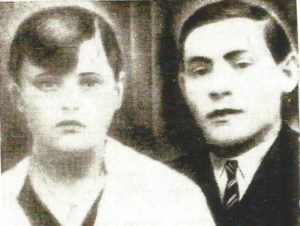 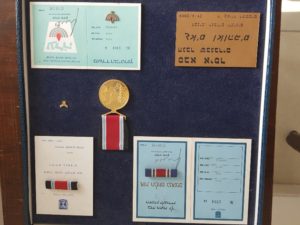 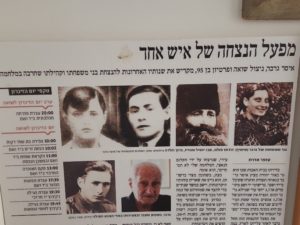 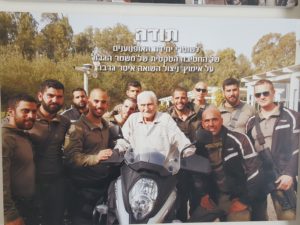 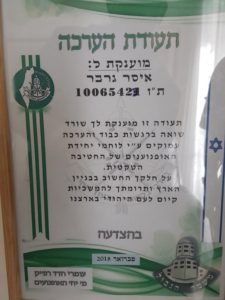 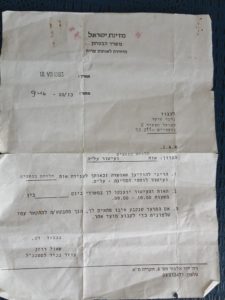