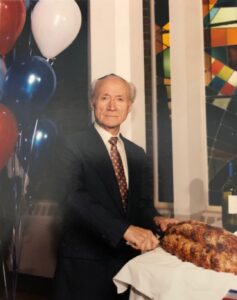 Izrael (Iza) Gurfinkel was born in Zwolen, Poland to Cypojra and Judka Gurfinkiel.  Until the outbreak of World War II, he lived in Ostrowiec, Poland.  He was active in the Jewish community and was a leader of the Jewish organization Hashomer Hatzair in Ostrowiec.

When the Second World War broke out, he managed to escape to Russia and married Anna ??? in 1940. In 1946, he, his wife and son Michael returned to Poland and settled in the city of Szczecin. His second son Ron was born there.

The family moved to Toronto, Canada in 1960. Izrael wrote poetry in Yiddish which mainly dealt with the Shoah (Holocaust). He often recited his poetry to a large number of Jewish people in Toronto at various events commemorating the Holocaust. 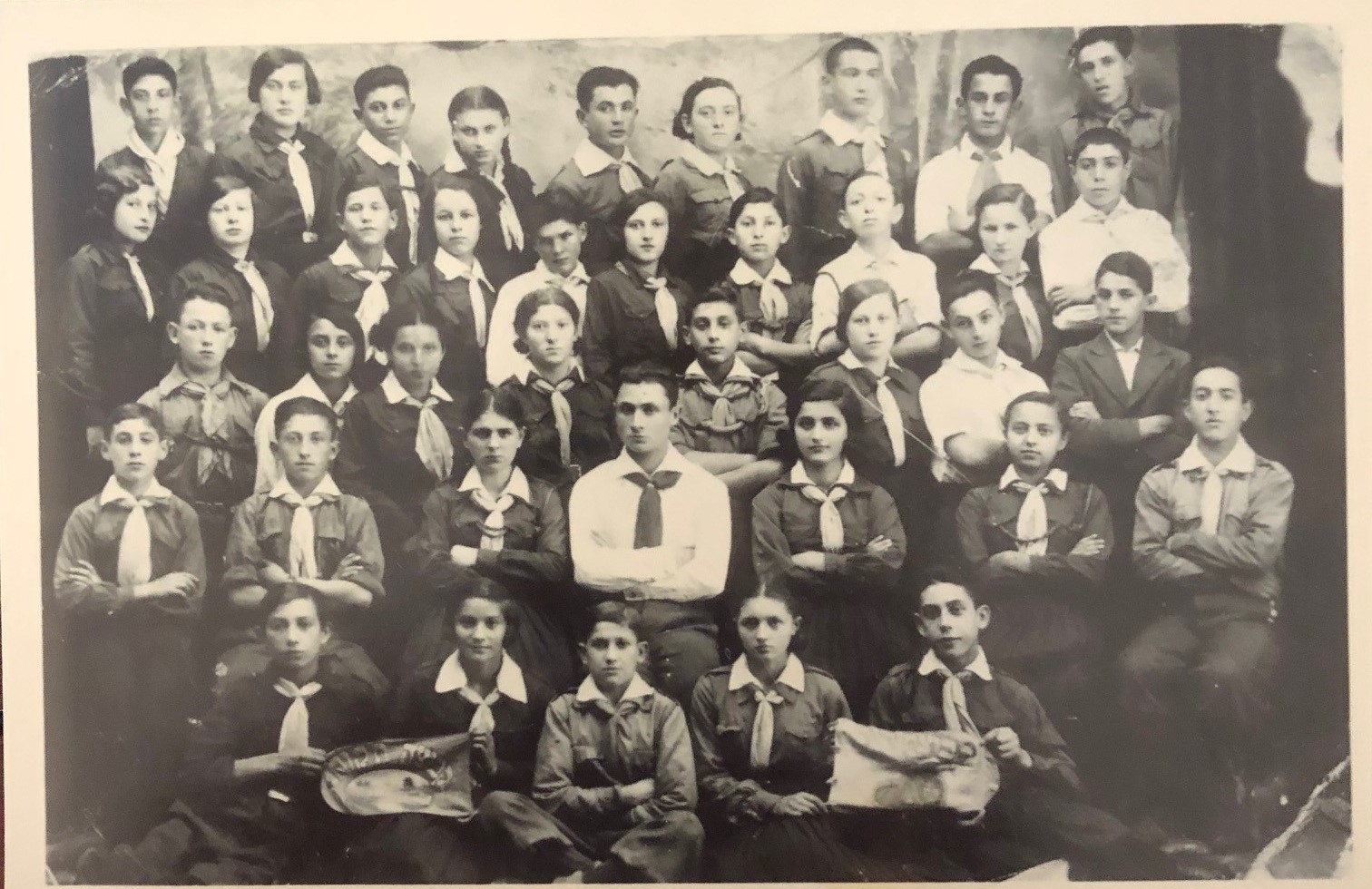 Izrael Gurfinkel is the leader in the center of the photo.