Link to page of Wojtek Mazan (article in Polish) 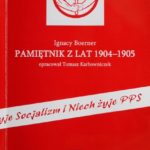 The Course of Events

Link to page of Wojtek Mazan (article in Polish)

Below is the English translation of the above link.

On July 22, around 5 o'clock on the market square in Ostrowiec a Jewish boy was hit with a stick by Jan Sucholewski, an epileptic. In retaliation, the boy threw a stone, which struck Sucholewski and he suffered an epileptic attack.

The police picked him up from the ground, carried him to the magistrate.

Passing by the accident, Józef Sucholewski, the epileptic’s brother, started a fuss with the Jews.

“Jews, you killed my brother”.  The “news” spread.  “The Jews killed the epileptic and Christian.  They also ate one child.”

Workers with sticks and stones gathered in the market.  24 Jewish people were beaten, of which quite slightly 23, and Jankiel Borenstein died.

24 windows and 4 doors were destroyed.  One of the Jewish houses was seriously damaged.

There were no mass thefts.  There were thefts, but in small sizes.

Jankiel Borenstein’s son Shmuel Zalman was a boy at the time of his father’s murder. Shmuel Zalman married Alta Leah and they named their first son Jankiel (Yankel) in memory of his father. Shmuel Zalman and the whole family was deported to their death in Treblinka in October 1942.  Amazingly, his son Jack (Yankel) Borenstein was the only survivor of the family, and testimony of these events can be viewed here.