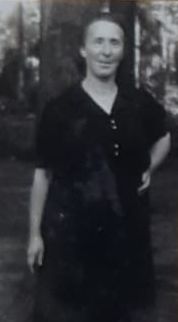 Lea Erlich in Germany around 1946 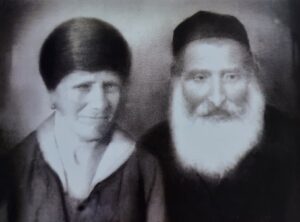 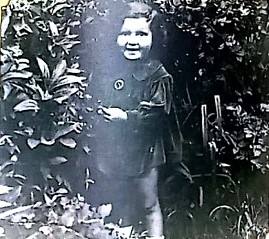 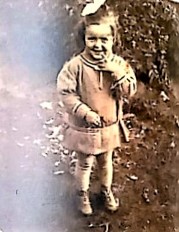 Lea was one born in 1909 in Ostrowiec , daughter of  (Zvi) Meir (Yisrael Hersh according to his birth certificate) and Rachel (Perlmutter) Erlich, and was one of eight children. Her siblings were:

Lea married Yisrael Steinhardt and had 2 daughters, Golda and Czeryl. Golda, was about eight years old when she was murdered in 1943.

Czeryl, was about one and a half at the time of the liquidation of the Ghetto and was sent with her father to Treblinka. Lea was left with her eldest daughter, Golda. They hid with a group of about 25 people in a hiding place in an attic, and then moved to one of the bunkers in the town.

When those hidden by the Nazis were discovered in  1943, they were taken to the police station and then on erev Shabbat, 4 Nisan, April 9 1943,  among a group of about 25 , they were taken to the Jewish cemetery. There they were placed near an open pit. The the daughter said to her mother in Yiddish: "Mama Zog Mit Mir Shema Yisrael" (Mother, tell me Shema Israel). Luckily Lea although wounded was able to be one of two that escaped.

Lea was the only survivor of her immediate family. After the Holocaust she moved to Israel and married Mr. Shirazky. 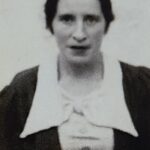 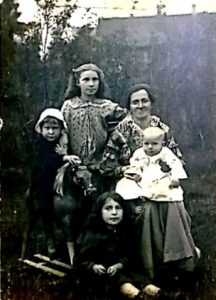 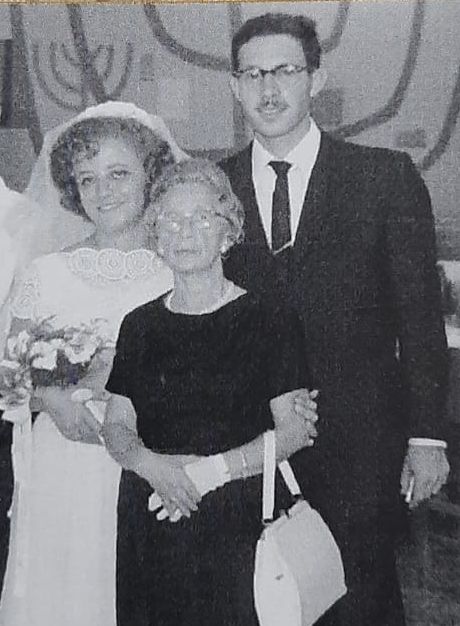 Lea at wedding of Shmuel and Esther Ereli (Erlich)

Below is Lea's testimony she made to the police:

Testimony delivered by Lea to Israeli Police in 1966 in the framework of   Nazi crime investigations, as per a request by state prosecutors in Hamburg.

No., rank and name of investigator: N. Dershowitz

At the request of the prosecution of the Hamburg court, in its letter of 8/8/1966, no. IS 147 34/65, Mrs. Leah Shiratzki hereby testifies as to Nazi crimes in the city of Ostrowiec Kielecki

I was born in Ostrowiec and lived there continuously until 3/23/1943, that is, until the liquidation of the ghetto. On the day of the ghetto’s liquidation, I hid together with my nine-year-old daughter Golda in a hiding place located in the attic of 49 Stazecka St. There were 25 other people in this hiding place ­­– women and children and one man. After one week we left this hiding place and took refuge in the building of the brick factory. I can’t remember the name of the street; I believe it was on Kilinskiego St.

The next day we were apprehended by the Gestapo and the Szupo (Shutzpolizei, the civil guard) who led us to the Polish police where we were held in jail for a number of hours. This was at the beginning of April 1943. I remember that it was a Friday. That day in the evening – I can’t remember what time, but there was still light – they removed us from the jail, the entire group of 27 people. They lined us up in pairs and escorted by the Gestapo and the Szupo we were led to the Jewish cemetery. As we were brought to the gate of the cemetery, we were ordered to stop and our German escorts gathered around us in a semi-circle, that is, facing us. I saw them draw their pistols and begin shooting us. Someone pushed me and I fell to the ground. When I fell, I was still unwounded. But as I lay there, I was shot alongside my left ear and index finger. After everyone was shot, the Germans, along with a group of Jewish laborers who were waiting to bury us, began their work. Wounded, I raised my head and the Jewish laborers, noticing it, told me to run if I could. Somehow, I succeeded to escape and made my way to the forced labor camp at the Hermann Goering Works factory, where I was helped by fellow prisoners.

I remember that at the execution aktzia in the cemetery there were three Gestapo men and three Szupo men. I can remember and identify only two of them:

I didn’t know the others’ names. It’s possible that the Jewish laborers who were there would have known them. I know that one of those Jews lives in Germany and that his name is Jakubowicz. This Jakubowicz handed me a bottle of water when I fled from the cemetery.

I remained in the Ostrowiec labor camp until it was liquidated in August of 1944. Afterwards, I was sent to Auschwitz where I was tattooed on my left arm with the number A 16878. On January 1, 1945, I was sent to Bergen Belsen and there I was liberated by the British army on April 14, 1945.

Question: Who among the German officers operating in Ostrowiec during the occupation are you familiar with, aside from those whom you’ve already mentioned? And what do you know about their activities? Were you witness to any murders?

Answer: I was not a witness. I heard a lot, but cannot remember any details today. I’d like to note that after all I underwent, I am not prepared to be reminded again of what happened to me. Just now I remembered that I saw exactly how Holzer shot me as I lay on the ground. My daughter lay shot next to me.

I can’t remember the names of the German operatives. I am prepared to deliver this testimony before the appropriate German court.

Notation: Lea is also mentioned here in the Report #4 that was published in the 1971 Yizkor Book