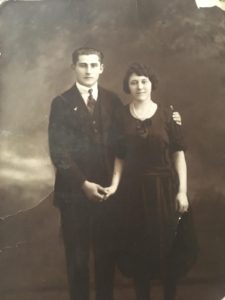 Kalman and Dora’s wedding photo taken in the USA 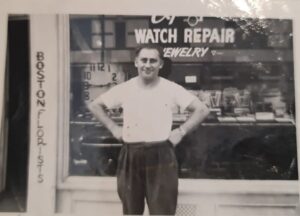 Kalman Nisenbaum was a son of Ella Jankiel and Rywka Nisenbaum who lived in Ostrowiec in the early 1900’s.

Kalman emigrated to the United States in the early 1920’s and married Dora Eichenhorn, who was also from Ostrowiec .

Kalman’s brother Moshe lived in Ostrowiec during the Holocaust, but was murdered in the days following the deportations to Treblinka as described by Moshe’s daughter Regina here.