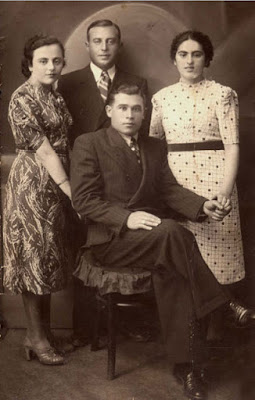 From left to right- Rachel and Yeshayahu Brandmesser, Moshe Rotstein and Henia Kudlowicz

Yitschak was among the 36 murdered on April 28, 1942 (11 Iyar) [after the Holocaust, Shamai built in the Ostrowiec Cemetery monument to "replace" the destroyed Matzeva of his father .Unfortunately even that one can't be found in the Ostrowiec cemetery today.- a picture on the right- -].

Later ,Sara and was  murdered in the Holocaust along with their children: Shraga Faivel, his wife Shifra and their nine children, Akiva Yaacov and Arie Leibush.

During the Holocaust, Yitschak and Sara's children Rachel, Henia and Shamai were hidden by a righteous gentile Henryk Małkiewicz.  Read their story here.

The Brandmessers- Rachel, her husband Yeshayahu, and their baby Gitele- abandoned their hiding place and died in Treblinka.  Read more of their story here.

After the war, Henia married Shmuel Sylman, moved to Peru and then to Israel. Shamai moved to Israel and later to Brazil. 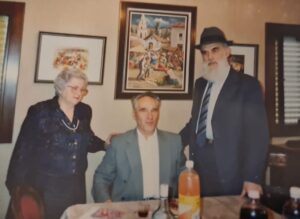 Henia 1st on left with seated Henio Małkiewicz during his visit to ISrael. Henio hid Henia and others during the Holocaust 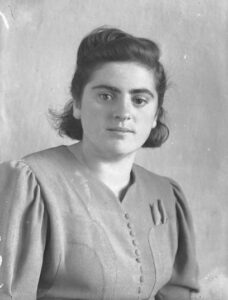 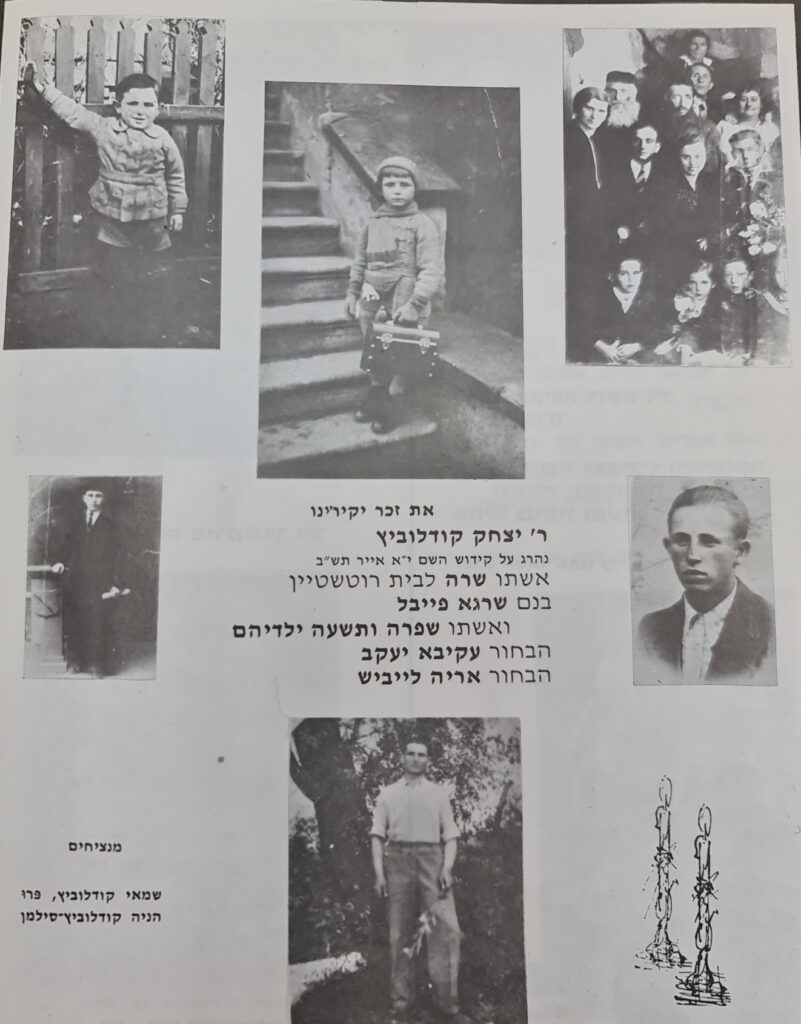