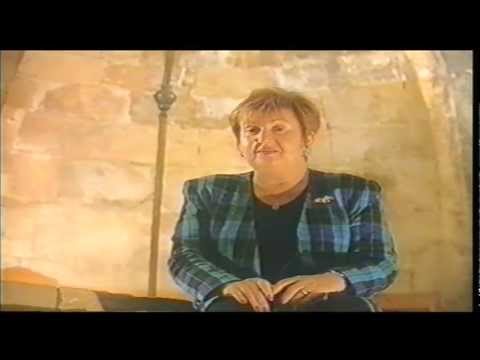 Saved by :”The Franciscan Sisters of the Family of Mary”

as written in  "Your Life is Worth Mine: How Polish Nuns Saved Hundreds of Jewish Children in German-Occupied Poland, 1939-1945"

Before the war my parents lived in Ostrow Swietokrzyski [Ostrowiec Świętokrzyski] and owned a furniture factory. We had an accountant named Gluchowski [Głuchowski], and my father, when the Germans were taking him to Oswiecim [Oświęcim or Auschwitz], gave him the key to the factory and asked him to hide me. He sent my mother to Russia. I’m sure it was this Gluchowski who took me to the convent in Brwinow [Brwinów], but I really don’t remember much from that time. … My mother died in Warsaw in 1944; I think she used to come to the convent on occasion, and once she brought me some white bread. I was at the convent until 1945.

I remember that I was very sick. I had some type of growth and an infection. There was heavy bombing going on, and a nun took me by the hand and ran with me one night to the hospital, in which there were [German] soldiers. The nun sat with me and told me through the entire time that if I behaved she would buy me a doll larger than the one in the convent. They operated on me, and I returned to the convent.

I also remember that during the bombing we would go to the cellar, whose ceiling was made not of concrete but of earth. We laid there with the nuns; I remember the smell of potatoes. I remember the type of life we led, and Christmas, and a Christmas tree in some room to the left, with candles on the tree. Candies during wartime! St. Nicholas would come on Christmas [December 6th]; he would come though that big gate and go up the steps. This was during the war! We did not have potatoes to eat; we ate offals—and the nuns ate offals! Just like the children. And yet we would get candies at Christmas. The Christmas tree was enormous, and covered with balls and candles. There was much joy at the time. Now I have come back to my childhood, and it was not a bad one at that!

All in all, my war experiences were not that tragic. I think that if during the war it was possible for me to be on a bed of roses, then the bed was prepared for me here. And that is why the war is not so terrible for me.

But I never really understood why they were hiding me. They did not explain it to me; they only said that there was danger. I remember one more thing. The Germans used to come to the convent and take eggs, or sometimes pigs. There was a garden there, fruit and vegetables were growing—and the Germans came and took them. One day, there was a large basket full of eggs and straw. Perhaps there were hens in the convent? I do not remember.

The Germans came in so suddenly that I was left inside the room and could not be taken out through any door. Sister Helena—she was tall and slim, her face was like that of the Madonna; she was beautiful—took those eggs out so quickly! She put me inside the basket and covered me with the eggs and straw.

A German came in, kicked the basket and asked what was in it. She calmly answered that there were eggs in the basket. The German said he was taking the eggs. The sister started begging him, saying there was a seriously ill nun in the convent who had to have those eggs. The German persisted, but then started paying her compliments, for she was very beautiful. Finally he left the basket where it was and went away.

There was a lot of straw lying on the floor. I could not stay in that basket, for the straw prevented me from breathing properly. I had to hold my nose shut the entire time. Nowadays I think I must have been co-operating with the nun. A five-year-old girl, that’s all I could have been at the time. Not more than five. To be aware of the terrible danger we were in! Both she and I, and the entire convent!