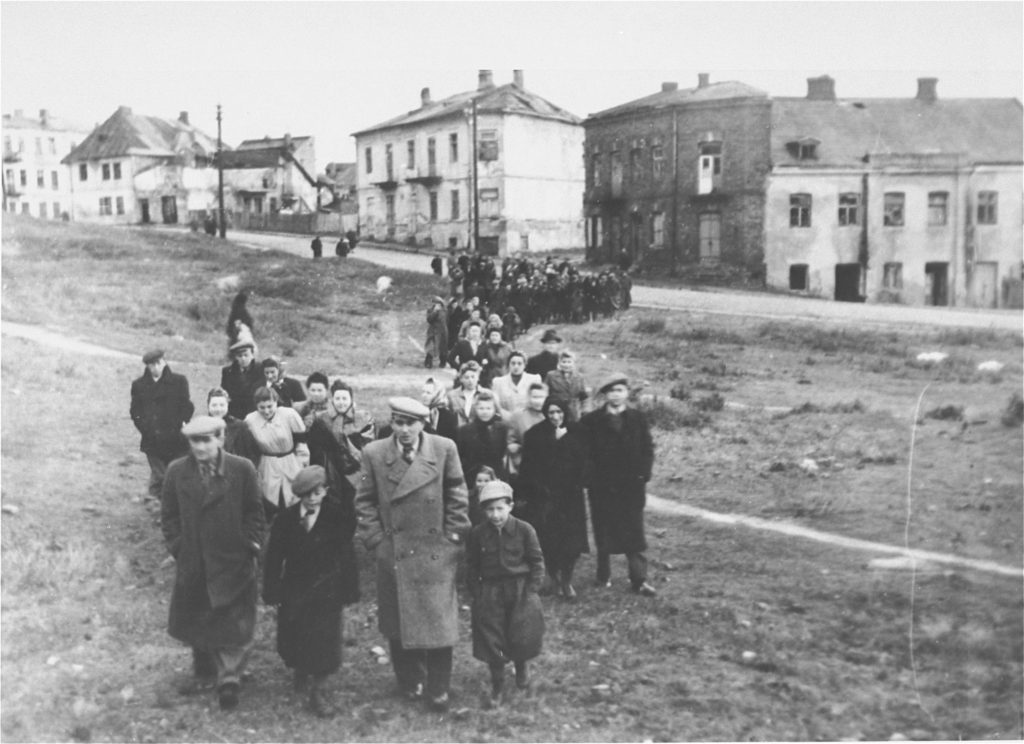 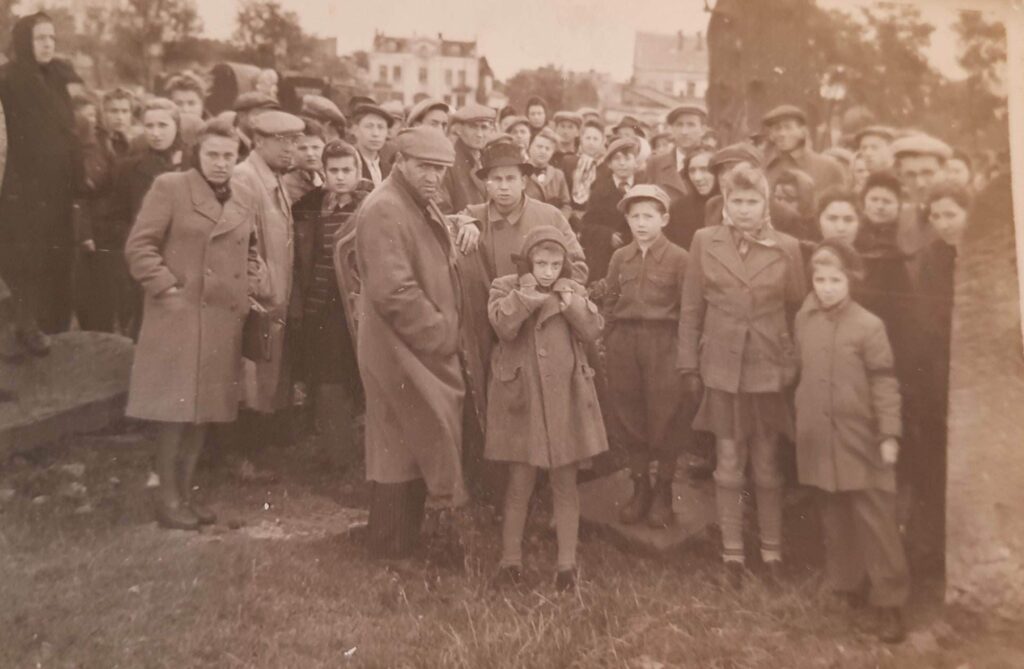 Memorial Week and Azkara at the Ostrowiec Cemetery

Notation to reader: The following was a “handout” distributed to the small remaining Ostrowiec Jewish community of survivors in October 1945.

To the Remaining (Surviving) Jews in Ostrowiec

Today, Sunday, the first day of the new month of Cheshvan (October 7, 1945), is the date of the tragic yahrzeit of the destruction of the Jewish community in Ostrowiec.

The heart-rending picture stands before the eyes of each of us, the picture of mothers, fathers, and children who were murdered together. In the nightmare of the orgy of the German murderers, who let loose their wild animal instincts onto the innocent Jewish children, Jewish children were beaten by the walls and telegraphic and electric wires; suckling children were torn away by ripping apart their innocent, jerking bodies, from the little feet until their shining eyes. German murderous, booted feet choked tens of hundreds of Jewish children on their throats. It is actually unbelievable that in circumstances, people’s animal behavior comes out. But sadly, we are witness, we who saw the tragic pictures.

We all remember that time, the beastly elder doctor (Bruno) Motschall (city commissioner of Ostrowiec), Kredel [chief of the German labor office; later chairman of the Judenrat], Lange, Professor Lieutenant Schwartz (chief of “Shupo” or “Shutzpolizei”; Nazi police guard), and other countless murderers who came to participate in the terrible tragedy, dressed impeccably, all wearing white gloves, preparing everything as for a gala event. For this great slaughter, for this great Jewish tragedy, the German certified doctors did not forget to bring along their elegantly clad wives and women friends. The murdered Jews, our fathers, mothers, sisters, brothers, children, and suckling children, died under the gruesome gaze of the spectators, the elegant men and women of the German gentleman’s nation, who delighted in the innocent spilled blood of the Ostrowiec Jews.

The meeting of all the Jewish institutions that took place on Monday, October 1, 1945, decided to proclaim a [memorial] Week of Sorrow in memory of this great tragedy. The week will begin on Shabbat, the eve of the new month of Cheshvan, October 6, 1945, and will end on Friday, the fifth day of Cheshvan, [rest of line - cut off] ----- of the tragic memory, will take place in the following order:

7 pm - Psalms, specifically for times of mourning, will be recited

11 am -Morning prayers for all

2 pm - Tour of the cemetery, eulogies, with keil moleh rachamim (prayer for the deceased)

A Week of Mourning:

We call together all the people, the survivors of the Holocaust from the Ostrowiec Jewish population, to honor our martyrs by respectfully following the proclaimed, outlined order of events.

The Commission to Honor the Martyrs