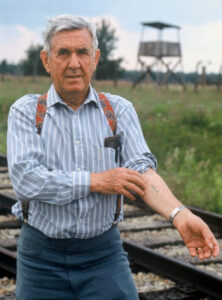 Mike Jacobs was born Mendel Jakubowicz in 1925 in the town of Konin, Poland. He and his family were forced into the Ostrowiec Ghetto in 1940.

Mike describes his experience during the war in his book Holocaust Survivor, Mike Jacobs' Triumph over Tragedy. Although his parents and part of his family were sent to Treblinka during the Oct 1942 liquidation of the Ghetto, Mike survived.  His brother Reuven, a Jewish partisan, was killed in 1943.

Mike moved to Dallas, Texas and founded the Dallas Holocaust Museum/Center for Education and Tolerance there. 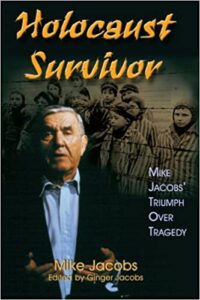