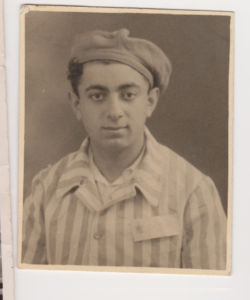 Mordechai/Mordka Topel was born in Ostrowiec on June 30, 1920 into a rabbinic family, the son of Perele and Reb Moshe Yaakov Toppel.  During the war, Mordecai was imprisoned in various concentration camps, including Auschwitz II-Birkenau, during World War II. He would later heroically testify against many Nazis during the war crime trials.

After the war, he spent time in the displaced persons camps Winze and Kloster Indersdorf.  He hoped to go to Israel but instead went to England in October 1945, where he met and married his wife, Esther.  They lived in Israel, Chile, New York and New Jersey.  Mordechai passed away on March 3, 2010. 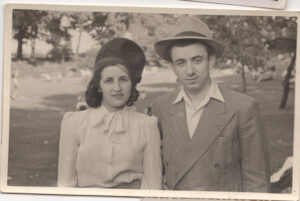 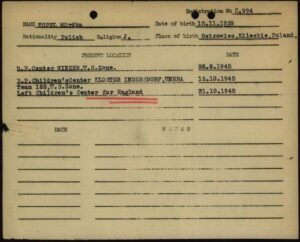 In 1945, a former convent near Dachau named Kloster Indersdorf became a temporary home for hundreds of displaced children in the immediate aftermath of World War II. To help locate relatives, a photograph was taken of each child to be circulated in search notices. Many of the children had changed markedly during the war, and some had even lost their names. The exhibition displays a selection of the images and their individual stories, conveying the powerful reality faced by these children. Mordka Topel appears on page 54-55. 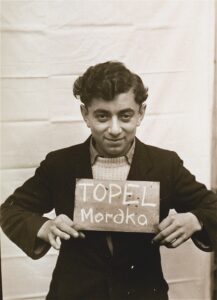