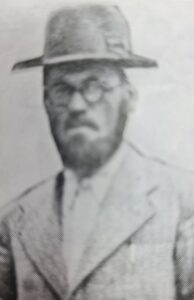 A tall, soft spoken, well-dressed man, his garments untarnished; such were his physical attributes.

An honest and true man, his generous personality was head and shoulders over the rest of the public servers of our town Ostrowiec. And as his garments were untarnished, so was his soul- as he was a faithful servant of the public, his service not for purposes of bragging or personal interests or benefits.

Reb Moshe Lederman's involvement in the public business was tremendous: Be it the founding of the Mizrahi and serving as its manager throughout the years, or founding the Yavneh school and supporting it constantly, or representing the city council, a position he took on for years and years as a influencing member over the Polish society as well, which was always respectful of his opinions and open to his ideas.

One could always find Moshe Lederman as head of any fundraising campaign, always active, his heart and hand always open to give any charity or good deed. 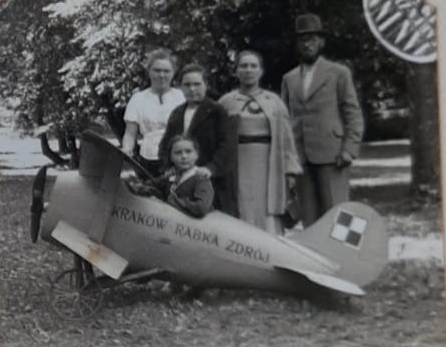 Advertisement placed by Moshe Lederman
in the June 11, 1926 edition of the Yiddish newspaper Hajnt, for an experienced teacher principal to teach in the Mizrahi school

Whenever a guest speaker or Zionist leader would come to town, he would always lodge at Moshe Lederman's, even though better lodgings were available.

He himself led a modest life with his wife and three daughters, in a humble house, even though he could afford a grander lifestyle.

Despite his business troubles – he was in the forest and tree business, and at noblemen's yards in surrounding villages for most of the weekdays, he always found time for vast public activity at city hall, in the Mizrahi, in fundraising and in many other beneficiary activities.

Although his spare time was limited, and his troubles abundant, he also found time to study in the holy scriptures, and in Hebrew books and papers- because he loved to read and learn, and was a righteous scholar.

He had great love for his family, and for Zion, the land of Israel, as well. He was active in this aspect, donated and collected funds. He longed for Zion but did not live to see it. In 1938, he was on the verge of a visit to Israel, but European, and especially Polish skies grew dark, as the Nazis set their eyes upon the Sudetan mountains. It was the opening shot of the attack on Poland and the beginning of the Second World War.

As the Nazi occupation commenced, Moshe Lederman was among the respected community members arrested and taken into custody in Radom. Much effort and a substantial ransom finally got him and other detainees released.

Yet, he took all of the suffering and troubles of his people to heart, and even before the Holocaust came to be, and before the horrifying events that no one could have foreseen unraveled, the mighty had fallen. On the second day of Passover 5701 (April 1941), he returned his soul to his Creator, after a brief illness.

His devoted wife, Hindele (see note 1 below) of the Erlich family, and his three daughters, suffered the same fate most of Ostrowiec's Jews did; they perished, and no trace or remnant of the noble, generous family was left.

May their memory be a blessing.

1.Hindele was daughter of Yisrael Zvi Meir Erlich and was deported to their death at  Treblinka with her daughters. Two of the daughters names were Chana and Leya who were 10 and 15 at time of their death. 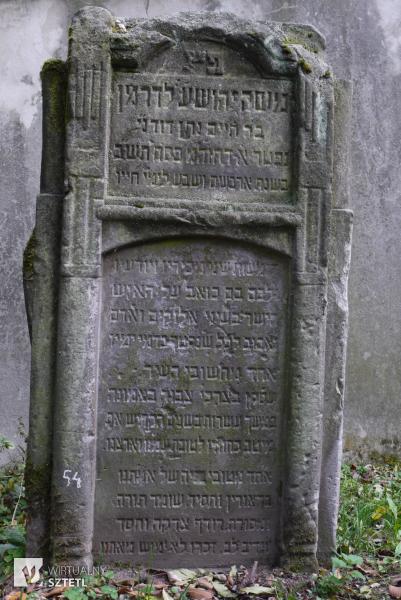 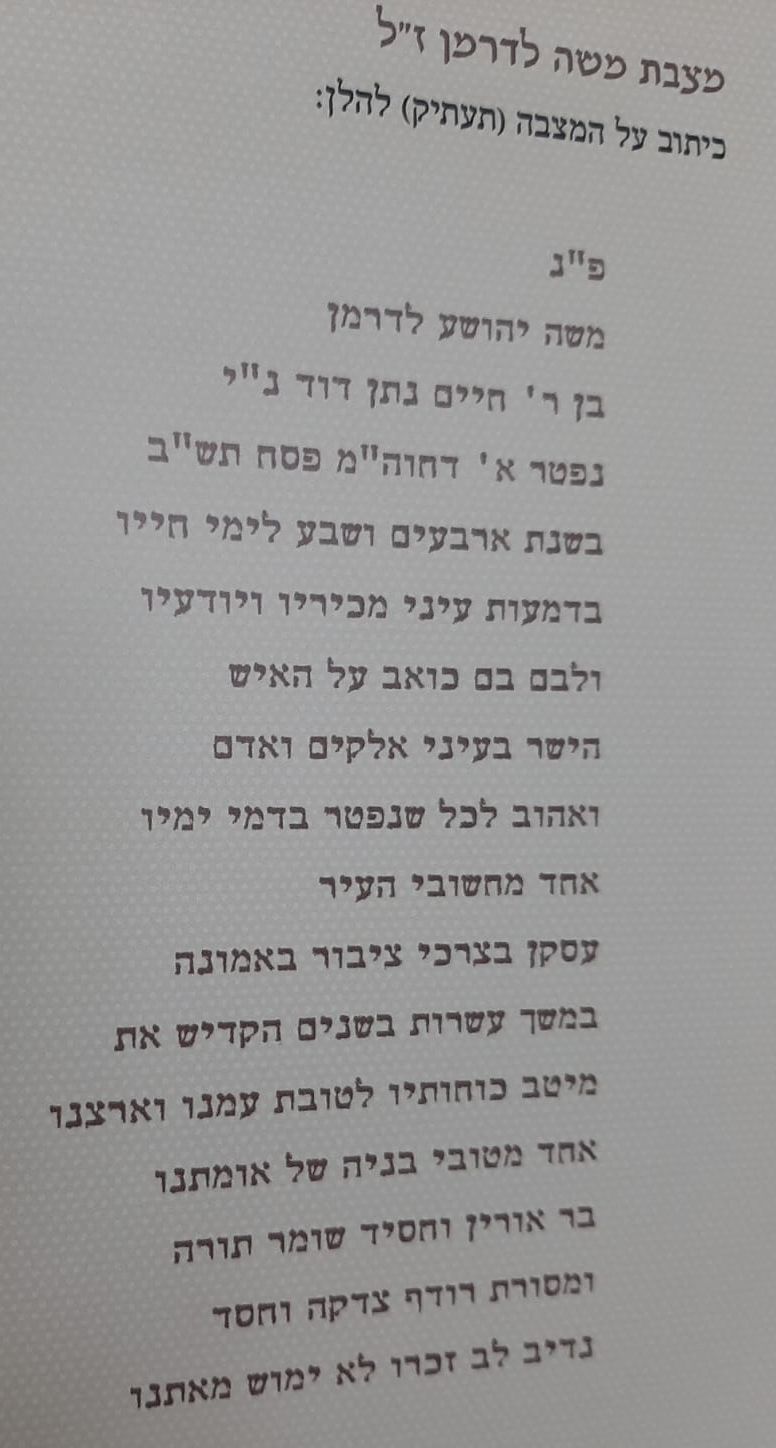 Son of Reb Chaim Natan David, may his light shine

In the 47th year of his life

With tears in the eyes of all who knew him,

Their hearts pained at the loss of the man

Honest in the eyes of God and man,

Loved by all, who died in the prime of his life

One of the town's important men

One who served the public faithfully,

Who for decades dedicated

His strength to the well-being of our nation and homeland.

One of our nation's finest,

A scholar and observer Of Torah

And tradition, who sought out justice and charity,

Generous, whose memory will never leave us.