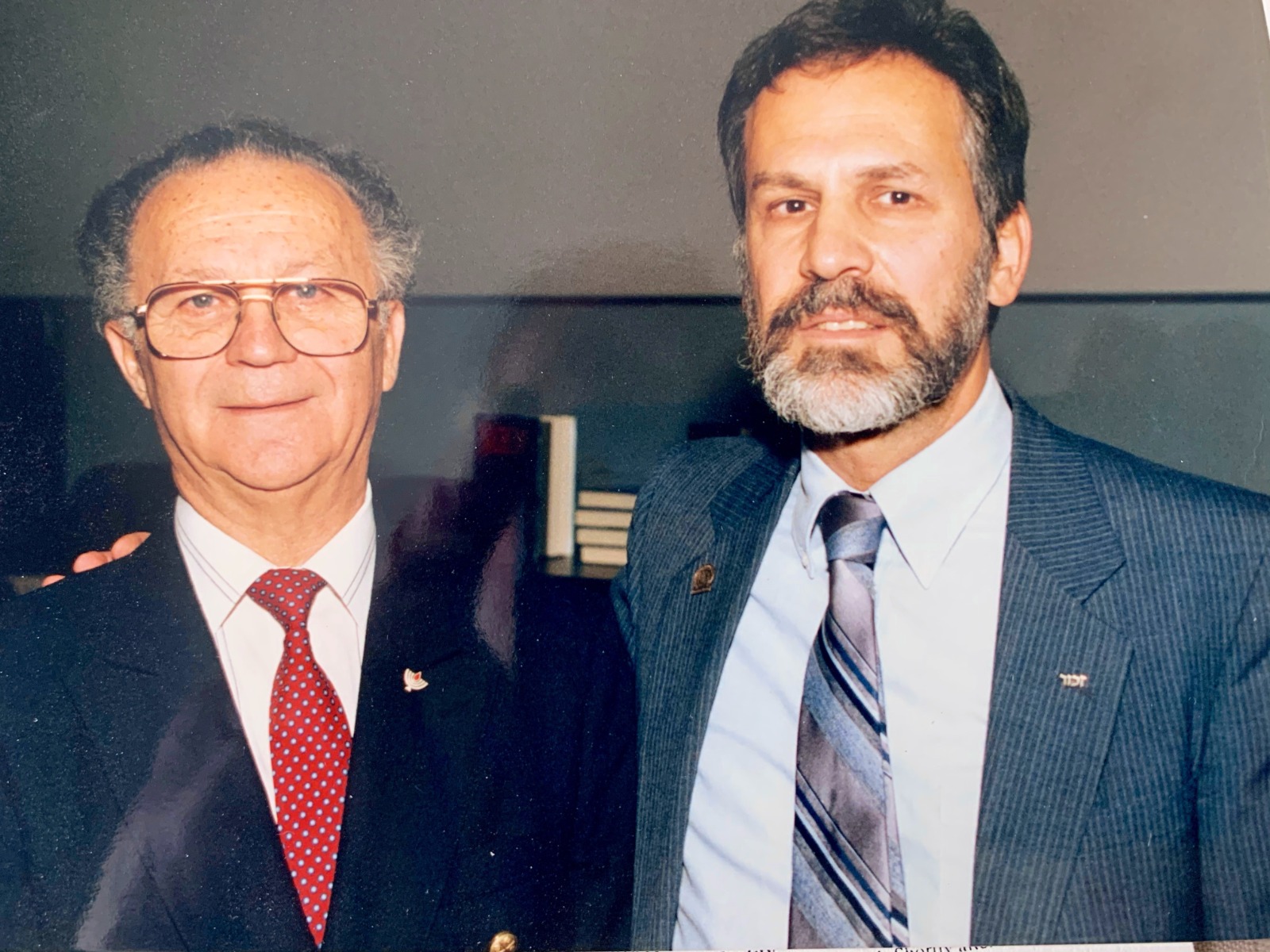 Nachemia Wurman (Matys Wurman’s nephew) lived in Ostrowiec during the German occupation. Nachemia survived the final six months of the war as a Polish partisan and as a German soldier.

Nachemia’s brother, Eliezer (Code name NILI) was a prominent commander of the partisans in the region. He was killed in battle in the hours before liberation. While little is written about Eliezer, Nachemia shared his remarkable experiences in his autobiographic book “Nachemia”, which received critical acclaim by Yad Vashem.

On one such mission, Nachemia found himself surrounded and captured by the Germans. He was successful in passing himself off as a Volkdeutch (a Pole of German descent). He was accepted as a kitchen hand for this German military unit and eventually, he was approved as a volunteer for the German Army as a private adjutant.  He served in the field kitchen, as well as the unit translator. While in this position, he was able to serve as a partisan spy.

As the Russians finally surrounded the Germans, Nachemia was able to slip out and obtain civilian clothes before being captured by a Russian patrol. He would have been shot as a German, had it not been for a Jewish Russian officer who was able to confirm his Jewish identity.

After liberation, Nachemia was involved in the Bricha (secretly funneling Jews to Palestine), where he later settled. In 1967, Nechemia and his family settled in Canada.  He passed away in January 2006. 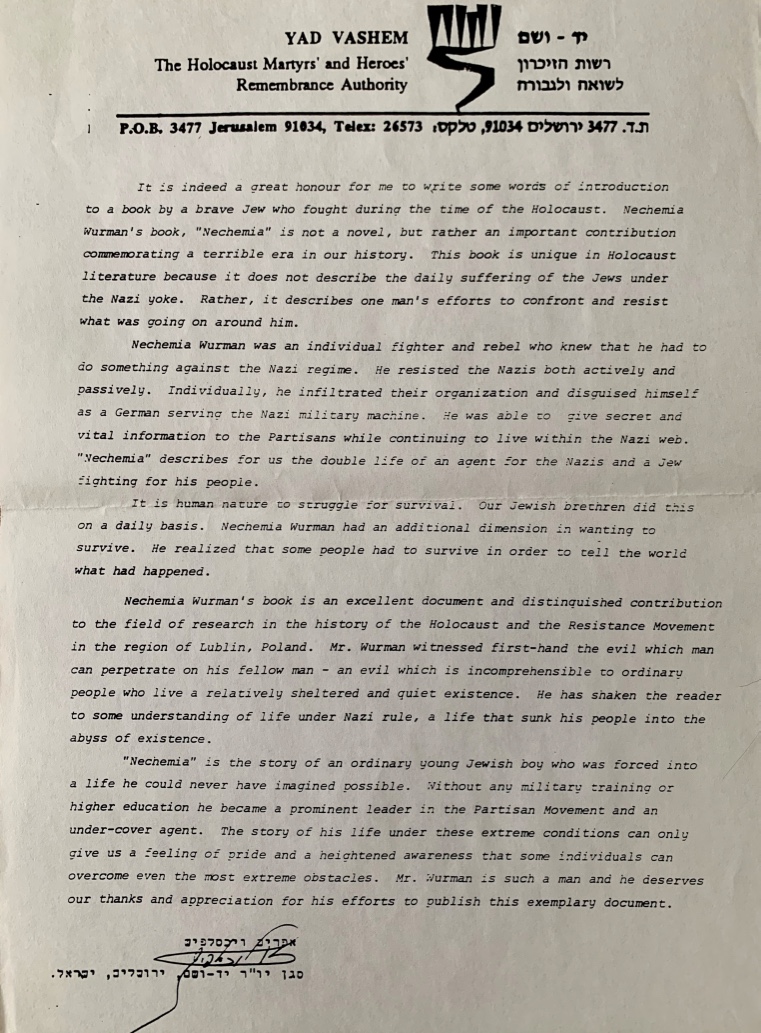 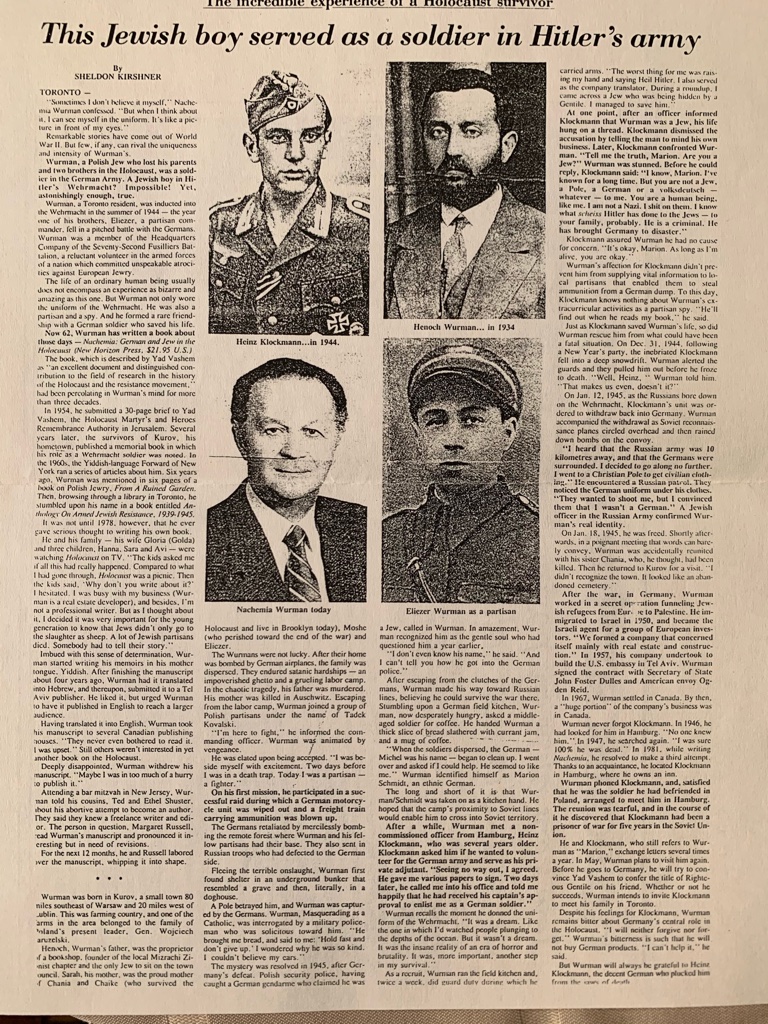