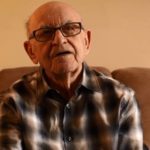 Testimony of events by Jack Borenstein

The Annihilation of a Jewish Community

Detailed Ostrowiec history of the Holocaust years by Leibush Milstein

The despair of the Jews in town rose more and more and all thought of nothing but work. The old people were entirely resigned; some obtained Arian papers and fled to Warsaw, many handed over their children to Christians in order to save their lives. Thus have many valuables passed to the Christians in the hope of recovering some of it in the future. Many had constructed secret bunkers in order to hide there in critical times. The paramount preoccupation of the Jews was: how does one save one's life. But there was little time to plan, alas, the tragic day of the liquidation of the Ostrowiec Jewry had come. It was the 10th October, 1942, 1st of Heshvan 5703.

Two days before the tragic day we all knew that the catastrophe cannot be avoided. Early on Friday all the religious Jews with wives and children, headed by Rabbi Yehezkel Halevy Halstock, went to the tent of the ancient Rabbi of Ostrowiec and prayed and cried and read Psalms. Their cries rose to heaven. The Christian population looked on astounded, as they had never before been witnesses to such an occurrence. In his great despair the Rabbi had even broken the windows. Then they all went and spread bodily on the tombs of their relatives and other righteous people and stayed there through the day. Early on Saturday, a detachment of S.S. men arrived from Radom and demanded from the Judenrat tea, coffee, sugar and other refreshments, not omitting to shoot in the air in the very office of the chairman, Rubinstein, all this in order to intimidate the present members of the Judenrat. Before departing they made public the fate of the Ostrowtzer Jews, which awaited them early the next day.

A song, written by Leibel Fuchs, describes the lament and cries of the Jews at the cemetery on that Friday, and also the tumult which the visitation of the Radom S.S. men and their 'news' had caused in town. On Sabbath night all those who were employed by the Elin Works went to Bodzechow in order to hide there. Many Jews were transported to the factories in accordance with an order issued by the factory management.

Sunday 11 October 1942- The Day of Destruction: The Liquidation of the Ghetto
Sunday before dark, 1st of Heshvan 5703 (11th October, 1942) the town was surrounded by S.S. men, the Schutzpollizei, the gendarmerie, the Lithuanian and Polish police. The Jewish police went from place to place and compelled everybody to leave their homes; the employed ones were sent to the labour office located on the Florian Square, near the Town Council, while the non-employed were assembled in the market place. Suddenly shots range from all sides. Old people and children were shot on the spot, children shot in front of their parents, and parents in the presence of their children; sick people in the hospital were shot lying in their beds. The able-bodied were pushed with sticks from place to place. The employed ones could not reach their destination, as on both sides of the street stood S.S. men with whips in hand preventing them from continuing on their errand. The owners of the workshop, accompanied by the Jewish chairman of the firm, brought lists of their workers, and holding the lists in their hands assembled the workers in specially designed rows, where they were left standing the whole evening, to be later transported to their working places.

The non-employed were left standing the whole day on the market place, witnessing their kin and beloved killed and murdered cruelly. Later they were brought to the courtyard of the Polish elementary school in Sienkiewicza Street, and left there in the open till Tuesday without a drop of water or a spoonful of food to sustain them.

Tuesday 13 October 1942- Transport to Treblinka
On Tuesday, in groups of 100-120 persons, they were transported in closed train coaches to Treblinka. While chasing the miserable Jews to the train, their escorts shot at them and murdered many of them. When they were mounting the train, their belongings were taken away from them, and finally even their shoes were stripped off their feet.

When a count was taken of the exiled and remaining employed Jews, the Germans concluded that most probably a considerable number of Jews were still hiding in various places, which could not be detected. The labour chief Kredel then called the Judenrat chairman, Rubinstein, and told him that he needed a number of workers for a new working place at Strachowice, and those who would volunteer would be spared. Everybody believed his words to be true, and the Jewish policemen who had first advised their own parents to hide, have now advised them to volunteer for the new working places. Some have even brought money to pay their way into the ranks of the happy new workers; that day 200 Jews left their bunkers and hideouts and volunteered for work at the labour office. The same day they were sent to Treblinka. A pedantic search was ordered to detect the bunkers and those who were found hiding were shot dead on the spot. The Polish policemen, Kaczmarek and Bombel, took part in the searches, as they knew the hiding places of the Jews from earlier times, and more than one poor Jew was shot by them in the course of those days.

The toll of the liquidation 'action' was about one thousand victims, buried in the yard of the cemetery in a common grave, layer upon layer, one on top of the other. The mass burial was executed by the Jewish policemen. After the 'action', the S.S. men betook themselves to the Elin Works as they got wind that there in Bodzechow there are more people than there should be – according to the permission given. One hundred Jews with some small children, who hid there, fell into the hands of the S.S. The entire 'action', which lasted almost a fortnight, netted victims to the tune of 80% of the entire Ostrowtzer Jewry.

The situation of the surviving Jews who remained in their working places, was not less tragic. They lost their next of kin and their conscience troubled them. They were closed in their living quarters and lived in inhuman conditions. Their food consisted of two chunks of bread and two bowls of soup daily. During the first two weeks none knew what went on in town. From the Ostrowtzer factory which was situated near the Railway Station, one could see the people being thrown in a beastly way into the arriving trains.

The Suffering of the Survivors

After a week's work at the factory, all the 700 Jews were assembled at the exit gate, everyone with his belongings, as they were ordered to do. At the gate we were received by the notoriously well-known murderers, Peter and Brune, the Factory chief, Stabskapitan Zwierzyna, and several armed Ukrainians, and as soon as we assembled, they started rushing us with shots in the direction of the sugar factory at Czenstoszyce. Those who were unable to run, had thrown their belongings away. Along the way to the factory we were beaten with butt-ends. Once there, the Stabskapitan Zwierzyna ordered us to hand over to him all valuables. All were made to undress entirely and undergo a thorough check of their naked bodies. To avoid any attempt at hiding anything valuable, he shot 3 Jews, justifying the act with the explanation that they tried to hide money, and at the same threatening that he would shoot any Jew who would attempt to hide anything. At once – and not surprisingly – money started to pour from every side. Some have even torn the notes to pieces to prevent them from falling into the murderous hands. But the Ukrainians who saw it all have told that tearing banknotes to pieces is punishable with death. It is difficult to describe the desperate situation of the Jews: everything was taken from them, even their shoes were taken off their feet. This inhuman check-up lasted for the whole afternoon, then we were conducted back to the factory, while the dead were buried on the spot. Exactly the same punctilious control was executed and accompanied by the robbing of valuables at the Elin works and Jeger factory in Bodzechow. The remaining Jewish laborers in all the workshops were left without clothes and without any means of livelihood.