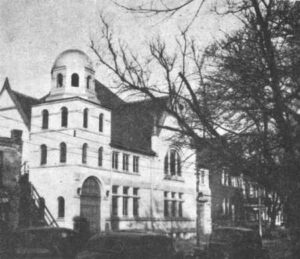 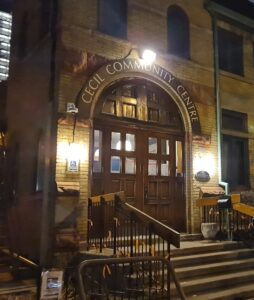 The former Ostrovtzer Shul (Synagogue) is located at 58 Cecil Street and Spadina Avenue in downtown Toronto. It was known as the Beth Haknesseth Hagadol Anshei Ostrovtze. The building was a former church which was bought by Ostrowiec immigrants and transformed into a synagogue in 1925. It was later sold in 1966, after the Jewish population shifted to the northern part of Toronto. The shul was later amalgamated with the Shaarei Tefilla Synagogue on Bathurst Street.

The building is now the Cecil Community Centre.

An in-depth look at the shul and its history

The Founding Families of the Ostrover Synagogue