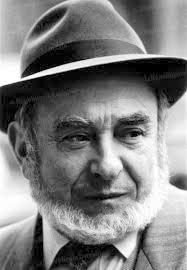 Ephraim Rozen was born on January 15, 1925 in Ostrowiec. He was the third in a family of six children. His parents, Yaacov Shmuel Rozencwajg and Sarah Rivka Gotlib, owned a small candle and soap factory.

In 1942, his mother died of typhus. During the liquidation of the Ostrowiec Ghetto on Oct 10-11, 1942, his father was shot while the rest of his family was deported to Treblinka. Before dying, Ephraim's father hid him by ordering him to "stay alive".

Ephraim was then forced to work in a factory in the shrunken ghetto of Ostrowiec. In May 1944, he went into hiding again, but was taken back by the SS and imprisoned in a concentration camp near Ostrowiec.

Deported to Birkenau, he was sent to work in the Jaworzno coal mine. In January 1945, he took part in the death march and found himself in Buchenwald. In February, he was sent to the Schörzingen camp.

Freed by the French soldiers, he was treated in Constance, where he met General Koenig who recommended to him to settle in France. Upon arrival in France, he studied at the Rabbinical Seminary of Rue Vauquelin. He married Evelyne Kahn and together they had six children.

His first post as a rabbi was in Clermont-Ferrant, followed by a position in Toulouse.
He was the rabbi in Sarreguemines from 1967 to 1986, where he received the title of chief rabbi, then moved to Strasbourg, where he devoted himself mainly to Jewish studies.

In 1993, he participated in the collective work Célébrations dans la tourmente (Celebrations in turmoil) (ed. Verdier), in which he testifies about the hardships he suffered during the war. 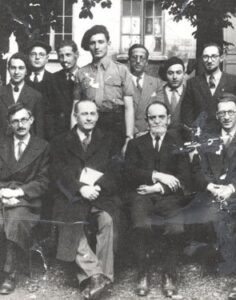 Rabbinical Seminary of Rue Vauquelin,1945 Rabbi Rozen is second from the right on the top row