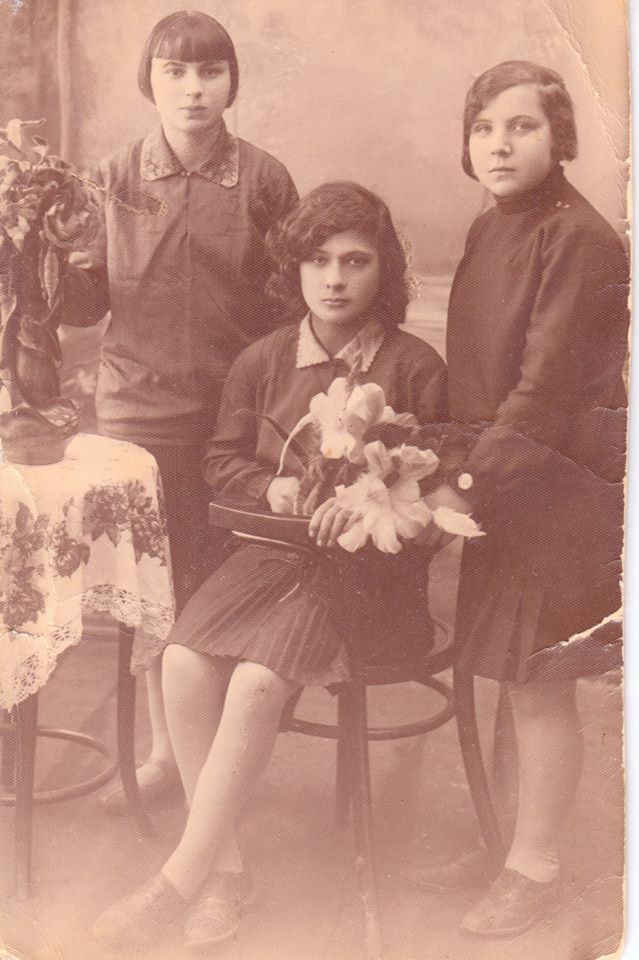 Sala is on far right

As related by her son Ivan Kampel:

Sala Micmacher Kampel and her twin sisters were born in Ostrowiec. Sala survived the Holocaust by running away to Russia with her father and her husband to be, Avrum Chaim Kampel, who was also born in 1917 in Ostrowiec.

Sala's sisters remained in Ostrowiec. The sisters did not survive and probably were murdered in Treblinka during the deportation of Oct 1942.

Sala and Avrum stayed in Russia from the end of 1939 until 1945.  They went to the US Army Camp for Displaced Refugees located near Munich, Germany, before leaving for USA, where they spent the rest of their lives.