Shaya Zweigman was born on July 21 1910 and lived in Ostrowiec.

During the Holocaust he worked in the slave labor camp next to the steel factory. In the summer of 1944, prior to the deportation of all remaining Jews in Ostrowiec to Auschwitz Shaya and two of his friends Harry Fish and Ralph Waldman  escaped from the barracks at the steel factory .

After spending time in the fields, the three ran towards the village of Podszkodzie. Andrzej  and Helena Sliwka helped to hide them for about six months until liberation.

After the war, he moved to Toronto and was close friends to Avraham Starkman. He did not get married, but was very active in the Ostrowiec society and acted as chairman for many years,

On this page, is an ad from the 1966 Ostrowiec memorial ceremony. 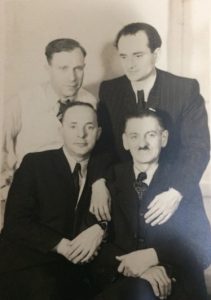 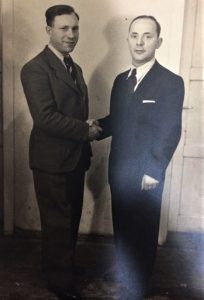 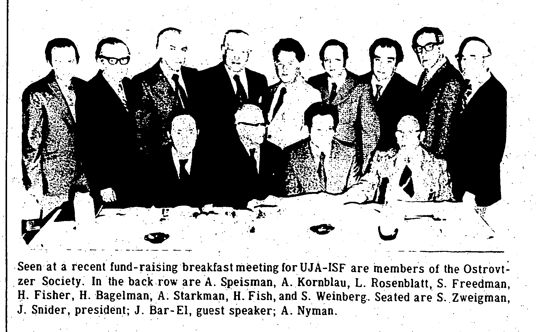 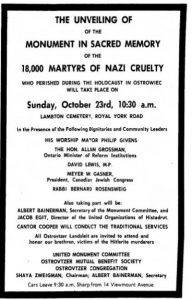 Hiding testimony of Ralph Waldman (Shaya was with him)