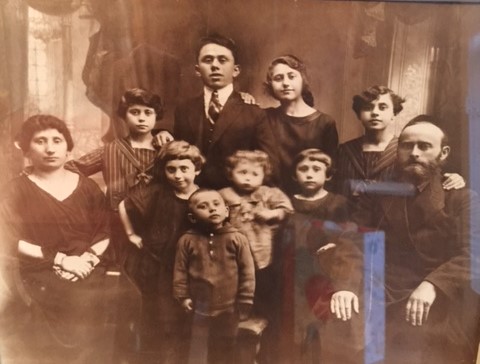 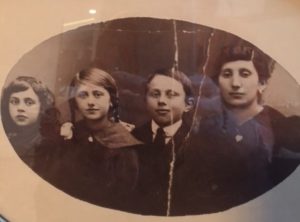 As told by Dina Lewis, granddaughter:

This is a photo of my Grandmother’s family, the Shtokboim family. The only survivors were my Aunt Esther (pictured right of her Mom), her brother next to her (who went to Argentina) and my Grandma Eva (Chava).

My grandmother Chava was born in 1909 and passed in 2003. She emigrated to Toronto and her mother’s family, the Fleischman family, also from Ostrowiec, sent for her to join them in NYC. Because she was alone, scared and didn’t speak the language, it was arranged for her to marry her uncle, her mother’s brother. Therefore, my father's whole side of the family is from Ostrowiec.

My fathers name was Irving and he was born in NYC in 1928 speaking Yiddish as his first language. His father's name was Sam Fleischman. He died in 1937 of pneumonia when my father was 9, thus leaving my grandmother alone to raise my father and his younger brother Mendy. My Grandmother wanted to go back to Poland but her father wouldn’t allow her because at that point things were getting bad.

My parents have both passed now, and are buried in the First Ostrowiecer section of the cemetery in Long Island, NY.