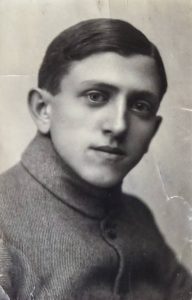 Szmul Muszkies, together with his wife Malka, ran a photography studio called "Rembrandt", which operated in Ostrowiec Świętokrzyski before World War II.

“Rembrandt stamps on the back of many old photos still appear in Ostrowiec and among descendants around the world." Rembrandt received many orders from the steel factory, and other area industries, for occasional pictures of employees.

Szmul was murdered during the war in Mauthausen.  Malka and their two daughters, Rutka (now Ruth Webber) and Chaja (now Helen Mueller), survived and moved to North America.

Below are links about Szmul Muskies:

Article in English from the Detroit Jewish News 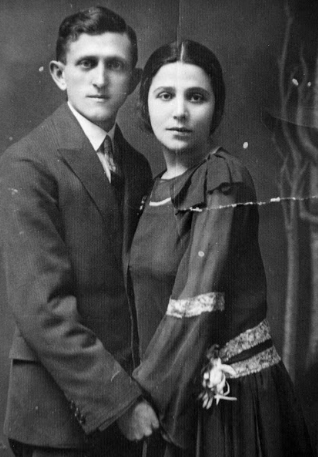 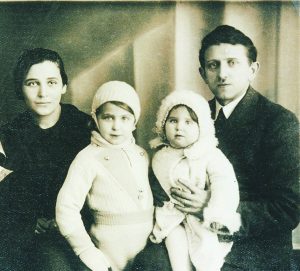 The Muszkies family in the late 1930s: