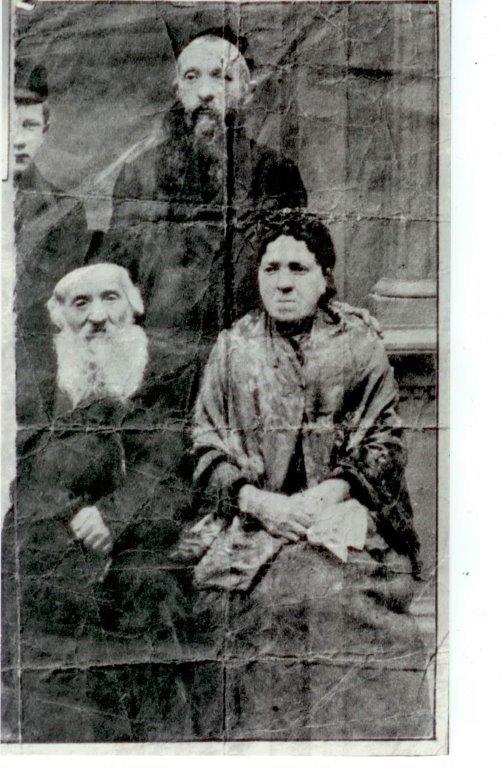 Yechiel-Issomor Wolgelernter (b.1844-1933) lived in Ostrowiec and was a close friend and Hassid of the Ostroweic Rabbi Meir Yechiel Halshtock and would often sing zmirot (Shabbat songs) and play violin for him on Saturday nights. He was buried in the Ostrowiec cemetery, but during the war/post war period, his matzeva was removed from the grave site and later found among hundreds of broken matzevot in the cleaning up of the cemetery about 50 years after the war. Today it can be seen in the lapidarium in the Ostrowiec cemetery hill.

Yechiel-Issomor's grandson Chaim Yitzchok Wolgelernter, although living elsewhere, moved at age 17 to learn at the yeshiva of the Ostrovtzer Rebbe at the time, Rabbi Yechezkel Halshtock (son of Rabbi Meir Yechiel Halshtock). He was a very close student and a writer of the lectures of the Rebbe.

Chaim Wolgelernter went into hiding during the Holocaust, and from his hiding spot, wrote a famous kina, a type of eulogy poem. (It was published in many books including his recently published diary The Unfinished Diary: A Chronicle of Tears.Pg 484.)

Chaim Yitzchok was brutally murdered just a few months before liberation. His diary, was rescued by his brother but remained untouched, for many years. In the meantime, Chaim Yitzchok’s surviving child, Feivel, grew up, married, and with the help of his son, Nafti Wolgelernter, the diary was translated and published.

In the diary, there are many stories of important Torah and moral values that are part of the vital Ostrowiec Jewish history. 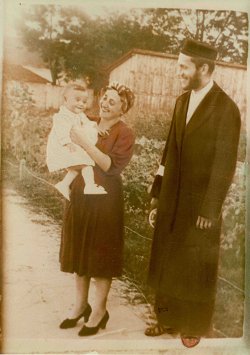 Chaim Yitzchok and Chayele with their firstborn child, 1940; 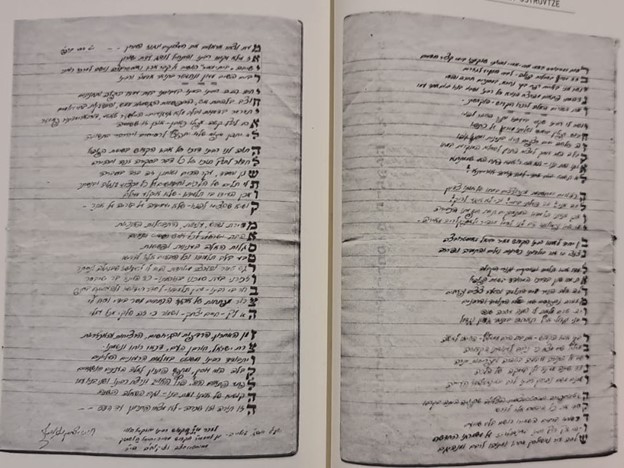