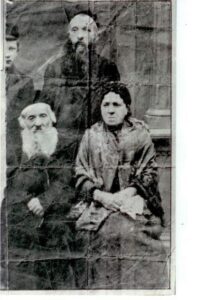 Below details based on testimony of the family and as printed in the book: The Unfinished Diary: A Chronicle of Tears.

Rav Yechiel Issomar, son of Rav Chaim Moshe Yitzchok. married Leah, née Horowitz-Sternfeld, daughter of Dovid Horowitz ; hence, they were first cousins twice over.
Rav Yechiel Issomar spent his life immersed in Torah, attaching himself to the great chassidic rebbes of his day. He was a paragon of simchah and pleasantness in his interactions with others.  He was known for playing  Hamavdil and Eliyahu on his fiddle on Motzaei Shabbos . His grandfather was Rabbi  Itamar ben Israel Wohlgelerenter of Konskowola author of Mishmeret Itamar.
He  lived in Ostrowiec until his passing at a ripe old age and  maintained a close connection with the legendary first Ostrovtzer Rebbe, Rav Meir Yechiel Halstock, singing zemiros for the rebbe on Shabbos and Yom Tov.
The children of Rav Yechiel Issamar and Leah Wohlgelernter were Shmuel Yaakov, Reizel, Yisroel Elazar, Yeshayah - father of Chaim Yitzchok and Kalmen. 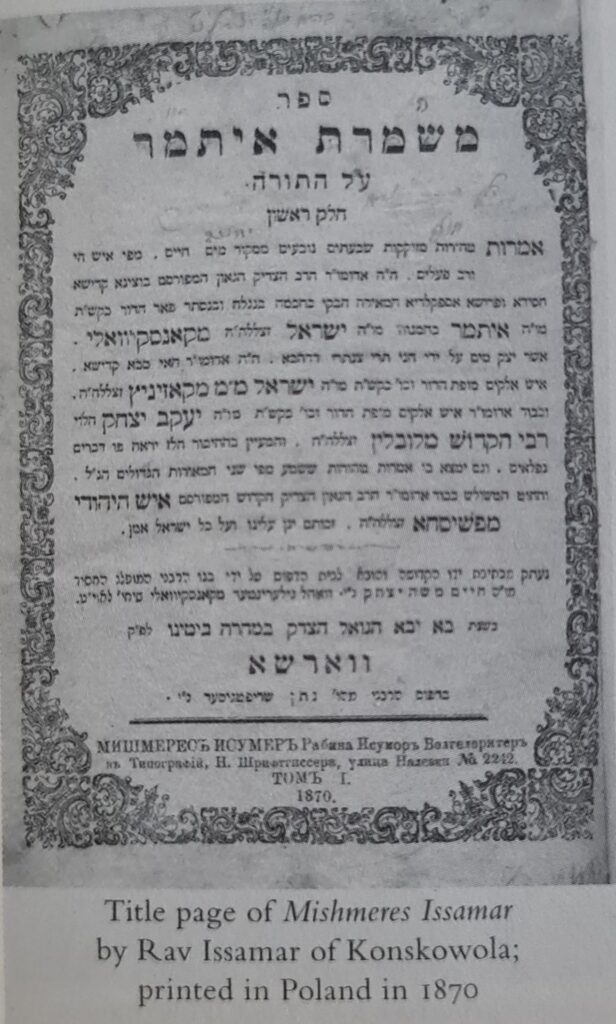 Yechiel Issomor's grandson Chaim Yitzchok Wolgelernter, although living elsewhere, moved at age 17 to learn at the yeshiva of the Ostrovtzer Rebbe at the time, Rabbi Yechezkel Halstock, son of Rabbi Meir Yechiel Halstock.

Read more about him and the Wolgelernter family.