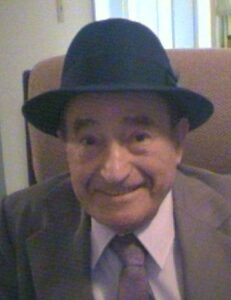 As told by his daughter Malka (Hirshman) Adler

Yosef/ Yossel Hirshman was born in 1916 in Ostrowiec, the oldest of seven boys born to Shlomo and Kraindel Malka (nee Swern).

In 1942, Yosef was worked in the Zaklady Ostrowiec steel mill when he heard of the upcoming deportation of the Jews. Unlike the other workers that stayed and slept at the factory, he decided to come home. When he came home, his father told him not to come with the family (to the deportation). He must have understood that this was not going to be a good move. Yosef’s father said he would be the only survivor and was obligated to marry and continue the family tree.

Yosef’s parents and all his brothers: Mordechai Eliyahu, Eliezer, Moshe Yaacov, Avigdor, Meyer Yechiel, and Mendel Ben-Zion were sent to Treblinka in October 1942 during the liquidation of the Ghetto. After the war, Yosef married Miriam Tzipa/Mania (nee Hochman) and settled in Toronto.