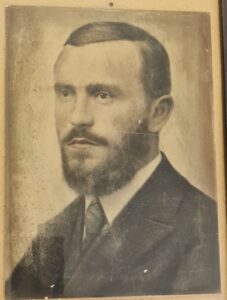 Source: interview with Zvi's daughter Lea and her children David and Tova -June 2 2022

Zvi and Mala Alexandrowicz lived in Ostrowiec. Zvi’s parents were Avraham and Basha. The family was involved in the trade of timber.

Pola/Pesia- who married Mr. Greenberg who had a shoe business. They had a small daughter. Pola and her family died in Auschwitz.

Esther/Edga- who was hidden with a catholic family during the Holocaust. She later married Yehoshua

Lea- (b. 1929)- She married after the war Mordechai Jakubowicz 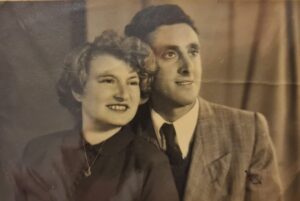 Lea and her husband Mordechai

The family escaped the deportation by hiding with other relatives in a bunker under a timber yard of the family. Zvi’s sister Hinda had a small son that was hiding with them but began crying. The Nazis discovered the hideout, forced everyone out and shot and killed many of them including Zvi and Mala, and Hinda’s son.

Lea was injured in the shooting but later survived the Ostrowiec Ghetto, Auschwitz (A-16840), Bergen-Belsen and Theresienstadt death camps.

The surviving members of the family: Yaacov, Edga and Lea  moved to Israel within several years after the war . 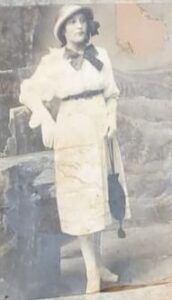 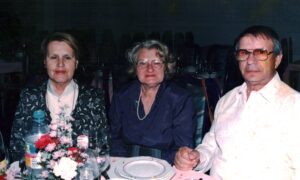