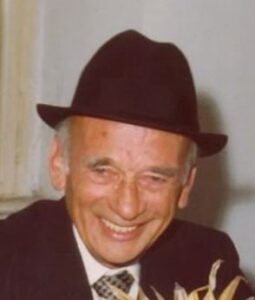 This page has been prepared with the assistance of the Rappaport family. Special thanks to Gila Liska Russo who shared the family history, photos and documents that appear on this page.

Yechiel Aron Rappaport was born in Ostrowiec on May 8, 1915 (1914 on his ID docs), the only son of Hersh Chaim Rappaport [1] and Tzivya (Gliksman Kalisch). Hersh Chaim had a print factory for Polish schoolbooks and a bookstore.  Tzivya was the founder of the Bikur Cholim in Ostrowiec and passed away when Aron was only 4 years old, of typhoid fever which she had caught while attending to her sick sister. His father had been a widower before his marriage to Tzivya and therefore Aron had five half-siblings.  The family lived near the Rynek.

Aron’s family were descendants of the famous rabbinic dynasties including the Yid Hakodesh and the Vorker Rebbe.  Aron’s father had always been close to Ostrovtzer Rebbe Meir Yechiel Halevi and served as his honorary bookkeeper. Aron attended Yeshiva Beis Meir and was prepared by the Rebbe for his bar mitzvah. He was a great student of Rabbi Yechezkel Halstock and a good friend of Chaim Yitzchak Wolgelernter, who edited and wrote the Torah lessons of Rabbi Yechezkel Halstock. Aron was admitted to the prestigious Yeshivah Chachmei Lublin where he subsequently received smichah.

At age 21, Aron married Sure Marmel Fuks, the daughter of a wealthy family in Ostrowiec who supported its religious institutions. The couple had one son Fischel, named after Aron’s grandfather who is buried in Tzfat, Israel. During the Holocaust years, Aron was a slave laborer at the Ostrowiec (Hermann Goering) steel factory while his wife and son stayed in the ghetto. While Aron was working in October 1942, his entire close family was deported to Treblinka by the Nazis in the mass deportation, never to be seen again. 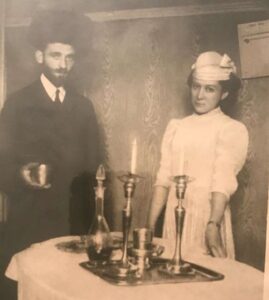 Aron and Sure Rappaport

At one point, Aron took care of Rabbi Yechezkel Halstock by finding him a hiding spot in the ghetto and bringing him food.

Through the Brukierer/Broker brothers, Aron, along with Sure’s cousins Leo and Meir Fuchs, was in contact with Thadeusz Pastuszka.  Mr. Pastuszka, a Polish farmer working at the steel factory, agreed to build a cellar beneath his farm and hid 17 Jews there for almost 2 years. They all survived the Shoah. 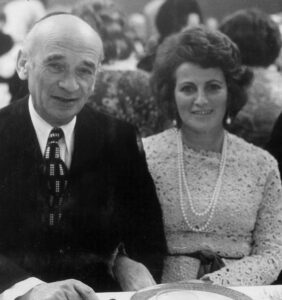 After the war, Aron went to Lodz and met Sala/Sara Silberberg [2] there.  Sala was born in Suchedniow but moved to Ostrowiec when she was young.  She had known Sure Marmel and their small son Fischel from the Ghetto.

Aron and Sala married in Berlin in March 1948 and had two children Sylvia and Harry. 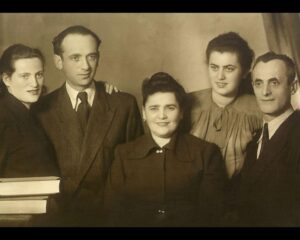 2) See testimony of Aron Rappaport about the last years of Rabbi Yechezkel Halstock, the last Ostrovtza Rebbe who was murdered in the Holocaust.