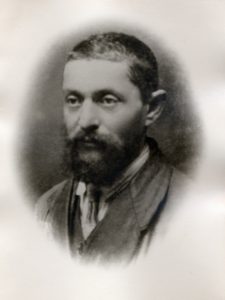 As told by Steinhart's great-grand-daughter Anita:

Avrum appears to have been the oldest of eight children. He married Zisl Kifel in Stopnica on March 15, 1898; the couple spent a few years in Stopnica before returning to Ostrowiec in time for the birth of their third child. They had nine children: Shayndl (my grandmother), Shmiel, Shlomo, Hilda, Dora, Brucha Leya, Froim (Frank), Mordkhe Mendl, and Sura Etl (Sally).

Zisl Kifel was an unusually accomplished woman for the day, who attended Gymnasium and was an exceptional equestrienne.

Below article: R' Avrehme'le Brieftreger (The Postman) is a translation from the Ostrowiec Yizkor book.

Ostrowiec was one of the few cities that had a Jewish postman.  He was Reb Avrehme'le Brieftreger, who inherited the job from his father, Reb Yossel Brieftreger.

Reb Avraham Steinhart—no one called him by his true last name—spent his day, from morning to evening, bringing letters to Jewish households from their relatives from all over.  It wasn’t rare for the letter receiver, who didn’t know how to read, to request to have the letter read to them and to answer it, because he wrote in a clear handwriting which he was known for throughout the entire city. 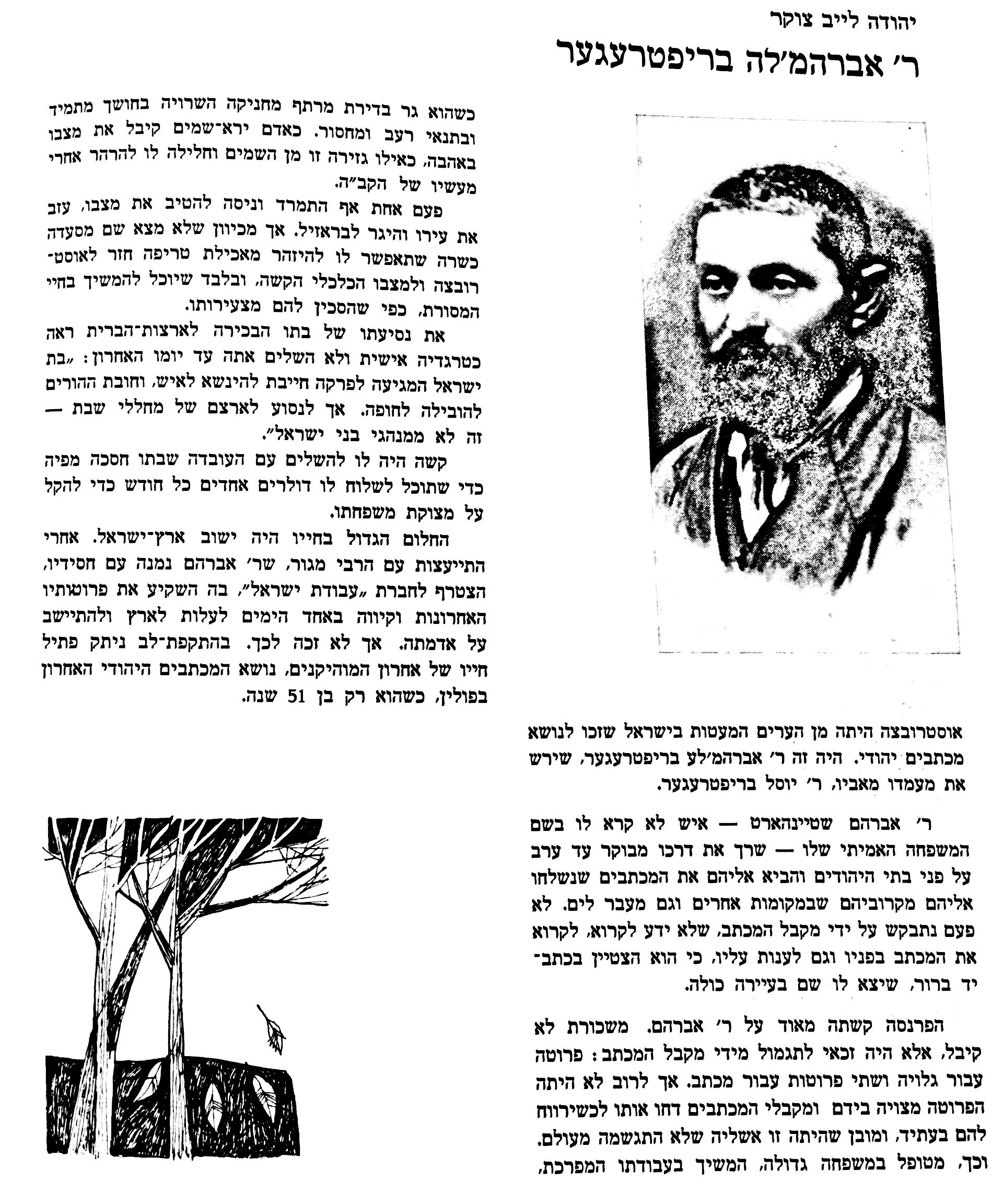 Reb Avraham worked hard to make a living.  He didn’t get a salary, but he made money from the receivers of the letters: one penny for a postcard and  two pennies for a  letter.  Many didn’t have a penny to give, and the receivers would push off payment to the future; it was clear that it was an illusion that would never come to terms.  And so, he took care of his large family and continued with his taxing job, lived in a dark suffocating basement apartment living in hunger and needy conditions   As  a G-d fearing man who accepted his situation with love, as if it were determined by the one above and who was he to question the will of G-d.

Once he rebelled and tried to better his situation; he left his city and moved to Brazil.  But because he could not find a kosher restaurant to help him refrain from non-kosher food, he returned to Ostrowiec and his difficult economic status, just so he could continue his traditional life, as he had done in his youth.

He felt that the journey of his oldest daughter to the United States was a personal tragedy and did not accept her until his last days: "a Jewish girl who reaches a certain age must marry, and her parents are required to escort her to the chuppah.  But to travel to a land of Shabbat violators—that is not the custom of Bnei Yisrael.”

It was hard for him to accept to the money that his daughter sent that she had saved from her job, in order to lessen his family’s distress.

His biggest dream was to live in Israel.  After he counseled the Ger (Gur) Rabbi, as he was one of his disciples, he joined “Avodat Yisrael,” donated his last few pennies, and hoped to make Aliyah and live on its land.  But he did not achieve that goal; in the year 1924, a heart attack cut short the life of the last of the Mohicans, the last Jewish postman in Poland.  He was only 51 years old.