Among the leaders of  Ostrowiec partisans were the brothers Kopel and Moshe Stein.  .  Both were murdered in June 1944.  They planned an escape from the labor camp in Częstocice where they were locked up along with the rest of the Ostrowiec slave laborers who worked at Zaklady , the steel factory and the German Jaeger's  brick factory.

They met to discuss the question of an escape attempt from the camp.
But a boss from Ostrowiec named Blumental reported them to the Germans, who immediately apprehended them.

The Stein brothers were executed by firing squad two days later in the camp square in Ostrowiec.  All the prisoners were forced to watch.  for them to see  what would happen to them if they continued with the intention of continuing with the escape plans.

The execution order was given by Captain Raymond Anton Zwierzyna.

NOTATION: MORE INFORMATION WILL BE ADDED TO THIS PAGE IN NEAR FUTURE.

Below is Google translation of a page blog of Wojtek Mazan discussing a book on the topic. 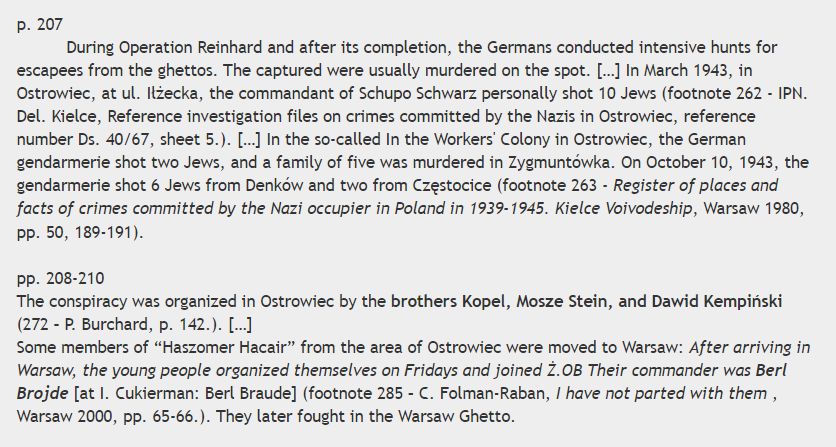