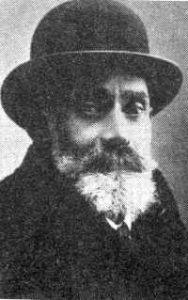 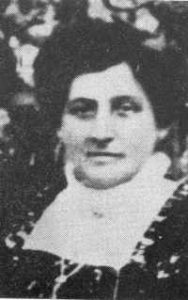 Rubele Shpilman was a personality in Ostrovtse and the surrounding area.  Everyone who knew him respected him greatly and he was beloved by all, both Jews and Christians.

Besides being a talented musician Rubele was also a very successful music teacher – among his pupils were great musicians who played in the Warszawa and Lodz philharmonic orchestras.  A few of this students were later well-known in other fields in public life, like Minister Berner for example.

On the anniversary of Poland’s liberation, Rubele conducted his orchestra along with the cantor and his choir in the great shul, in a performance attended by highly-placed government officials and all were inspired by it.

It was a great honor, really an experience, to be able to have Rubele Shpilman and his sons and grandchildren play for a simkhe.

Although Rubele was beloved in the Christian circles he strictly observed yiddishkayt.  It happened more than once that a Christian group waited respectfully for the end of shabes, for the appearance of the stars, for Rubele and his orchestra because they knew that Rubele would not begin playing before then.  Sometimes it happened that he interrupted his playing and went to a far corner where he stood praying minkhe or mayrev.

Rubele Shpilman and his wife Khay’ele lived well and modestly until the outbreak of the war and the Nazi murderers marched into the shtetl.

His wife Khay’ele had died before the war.  For years before her death she had been secretary of the local women’s union, which had very much helped the needy.  She was clever and many people went to her to consult her about problems in the family and other of life’s questions.  With her great wisdom and deep understanding of human life dilemmas, she would help to properly evaluate the situation and so comprehend the background of their problems and somehow find a solution to them.

Here is one of many cases in which Khay’ele Shpilman solved the problems of the needy:  On the tree-lived boulevard, near the bridge by the Greletskes, lived a poor and sick tailor, Meyshele, with his whole family in a wooden shack.  This was in 1928 during the terrible freezes, and Khay’ele Rubele’s – as we lovingly called her – found out about that family’s unfortunate situation, and that they were hungry and sat through those freezes in the cold wooden shack.  She sent her daughters Rokhtshe and Khantshe to give them fur coats and other warm clothing and told them to bring the children and the whole family to her home.  She settled the family in her large salon, fed them and clothed them until after the freezes.

With that gesture of virtuous humanity Khay’ele aroused the pity of a group of people who donated and collected a certain sum of money and rented an apartment for that poor family from Erlikh the photographer.  The inspiration was so large that they did not have to hire a wagon to move the family’s belongings but carried their few poor possessions on their own backs to their new home.

On the first transport from the shtetl to the gas chambers, Rubele Shpilman and other Jews from the town passed by his fine house on the boulevard; under his arm he carried the violin that had accompanied him his whole life and created so much joy and happiness, and much honor and esteem.

Now that violin is silenced and its player has walked his last path…May their memory be sanctified!