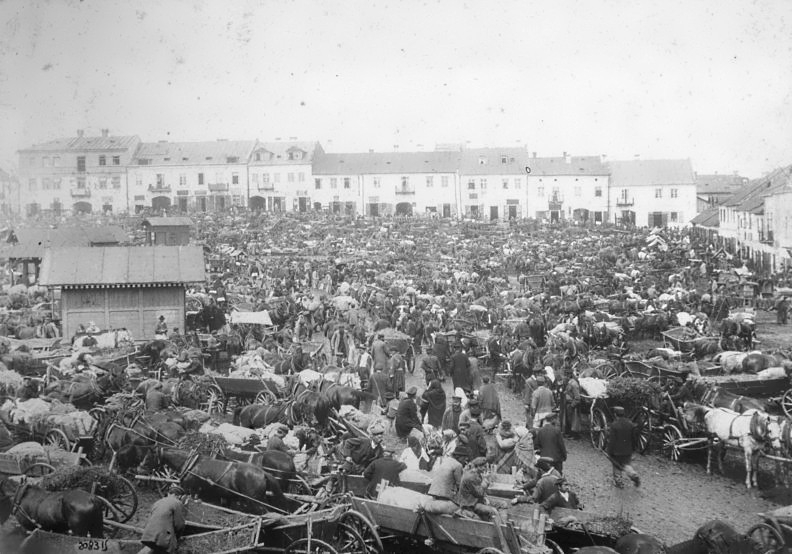 On Sunday before dark, 1st of Heshvan 5703 (10th October, 1942) the town was surrounded by S.S. men, the Schutzpollizei, the gendarmerie, the Lithuanian and Polish police. The Jewish police went from place to place and compelled everybody to leave their homes and go the the “Rynek”- the town square . (The employed ones were sent to the labour office located on the Florian Square.)

Suddenly shots range from all sides. Old people and children were shot on the spot, children shot in front of their parents, and parents in the presence of their children; sick people in the hospital were shot lying in their beds.

The non-employed were left standing the whole day on the market place, witnessing their kin and beloved killed and murdered cruelly. Later they were brought to the courtyard of the Polish elementary school in Sienkiewicza Street, and left there in the open till Tuesday without a drop of water or a spoonful of food to sustain them. On Tuesday, in groups of 100-120 persons, they were transported in closed train coaches to Treblinka.

The entire 'action', which lasted almost a fortnight, netted victims to the tune of 80% of the entire Ostrowtzer Jewry.