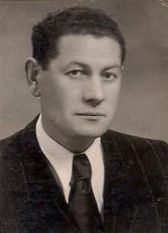 Shlomo Gutwilen was the son of Jankiel and Shifra Gutwilen that had a soda factory at #6 Mlynska Street before the war.

Shlomo was the only survivor of his immediate family:

His brother Henik was murdered. Henik's wife Etel and baby were also killed in the maternity hospital.

Shlomo's sisters that were murdered were: Chava Ita and husband Reuven Weisberg and 4 children. Chana Bluma and husband Meir Weinberg and their only son.

After returning briefly to Ostrowiec after the Holocaust he immigrated to Israel and lived in Tzfat. He passed away in 1983.

To the right, is a memorial notice from the Yizkor book listing the murdered family victims. 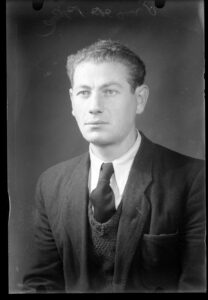 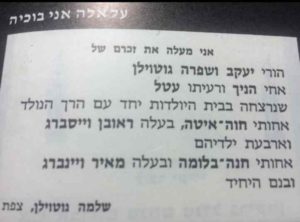 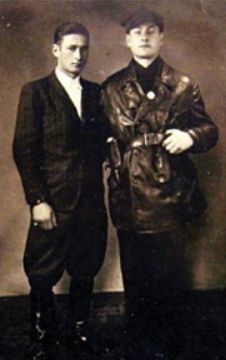 Shlomo in 1945 in his friend's (Isser Greber) uniform after liberation. 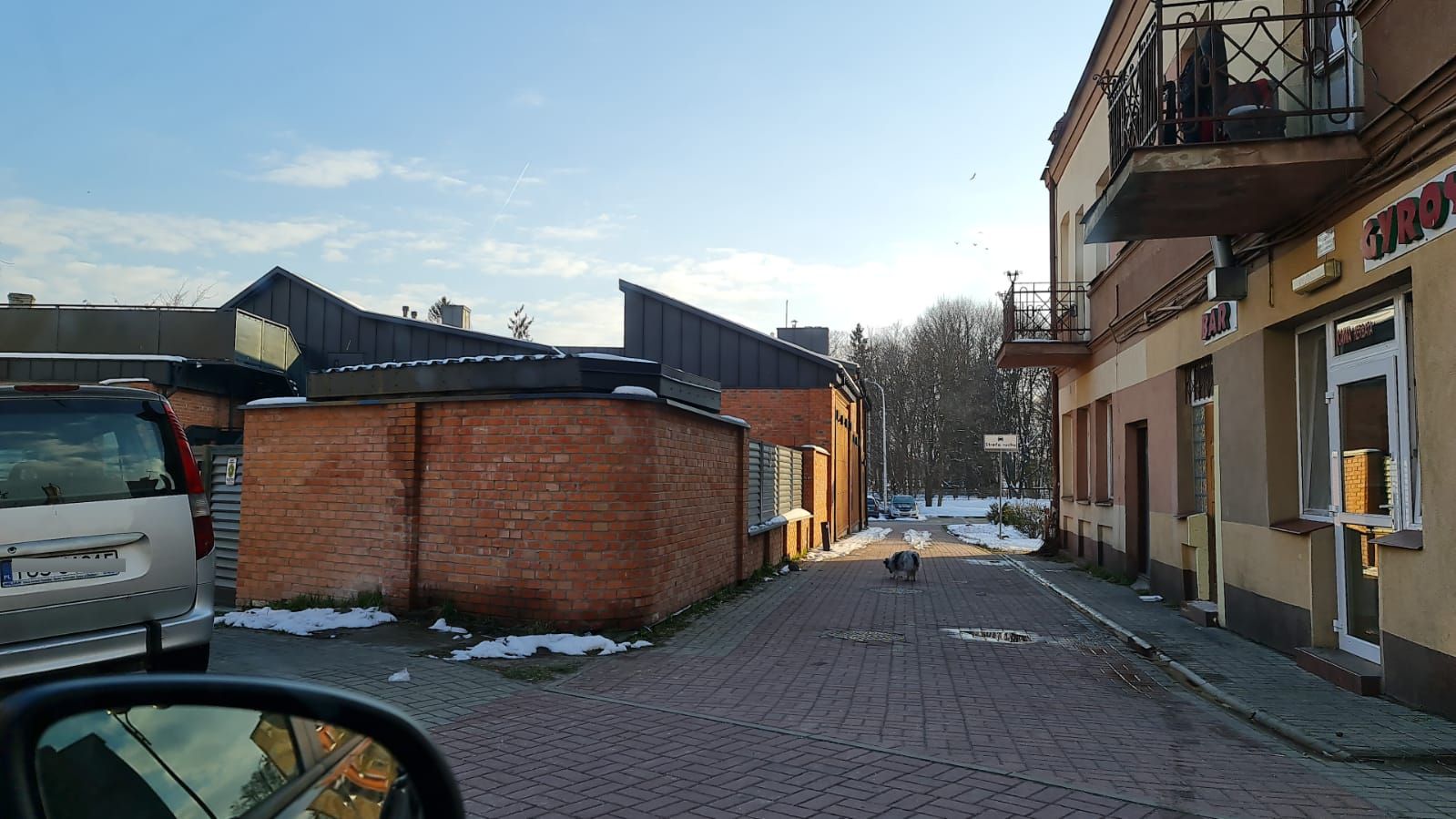 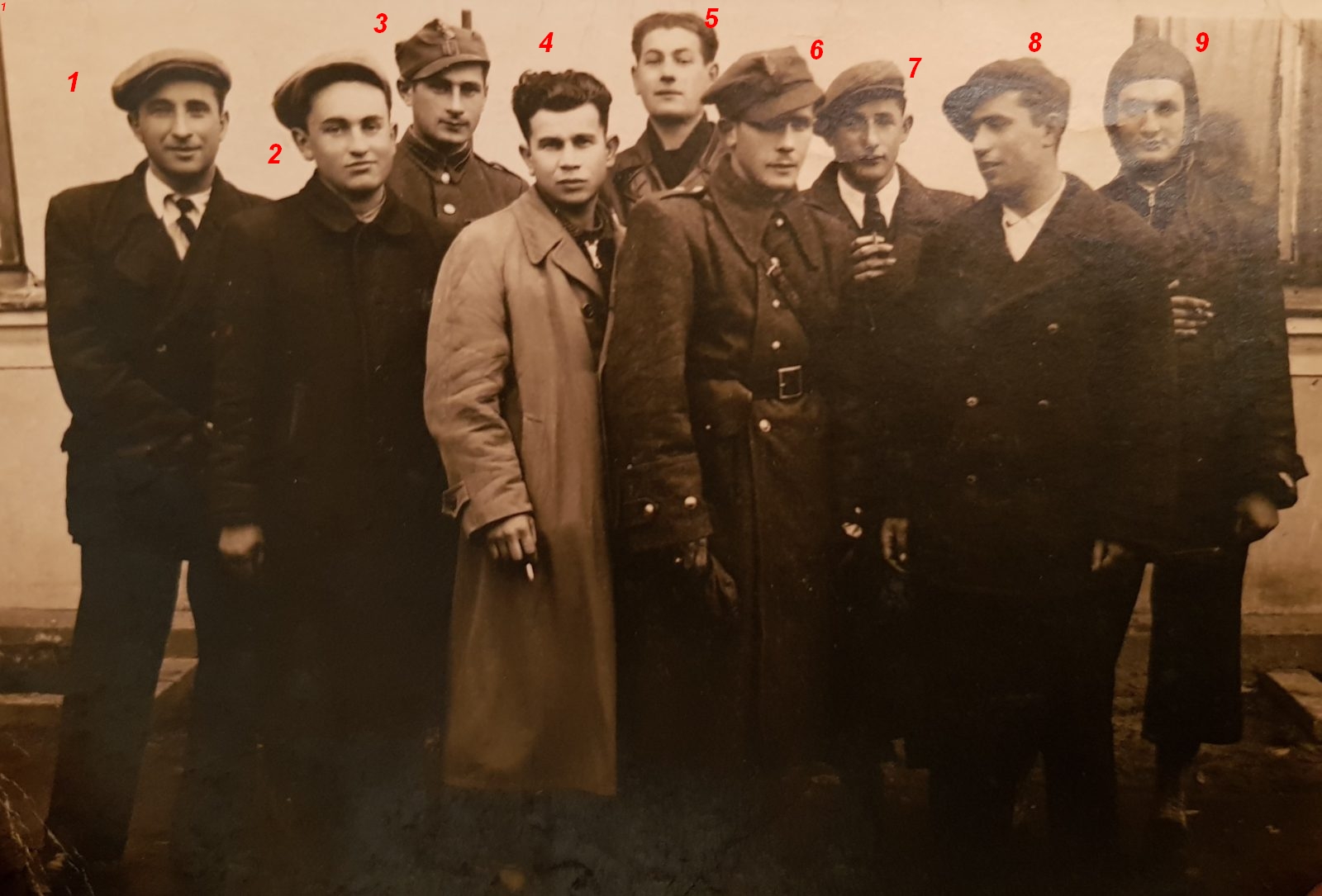 Shlomo 5th from left. Photo taken in 1945 in Ostrowiec

*- For list of names of others in photo, see this page.

29th June 1957 Legnica.  We the undersigned,  Samson Grafstein, residing in Legnica  at 112  Złotorski Street  and Julian Kweczer residing therein  also establish and if needed,  under oath testify that  Szlomo Gutwilen was known to us  personally,  at present residing in  Legnica at  1 Elżbieta Street  but during the time of the invasion of the  German  Army  in the area of Province of Kielce,  resided in Ostrowiec  Kielce and in September 1939 was forcibly directed by the occupying forces to do unpaid work in the steelmill in Ostrowiec Kielce, where together with us he worked non stop at  loading rail transport wagons .  During this time he lived in his own home until February 1940 …