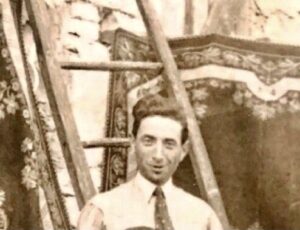 Shlomo Lerman was born on January 21, 1908, in Ozarow Kielce in Poland. (His name was written as Szlama in Polish documents, his family affectionately called him Shloime, and he was known as Simon in Argentina.)

After the death of his father in January 1933, he moved to Ostrowiec and lived with the family of his brother Yekhiel Meyer Lerman, from 1933 to October 1937 at Rynek 22.

My grandfather had Zionist ideals and was a member of various Zionist groups in Ozarow and Ostrowiec. In the photo at right, he appears with a Zionist group in Ozarow.

Shlomo worked as a fair merchant in the Rynek Square where they traded on Mondays and Thursdays.

In October 1937, he escaped to Paris after being a victim of antisemitism in Ostrowiec and he lived there until December 1938. He finally managed to enter Argentina illegally, due to restrictions on Jewish immigration. He married Sara Zakhejm in Buenos Aires and they had two children. 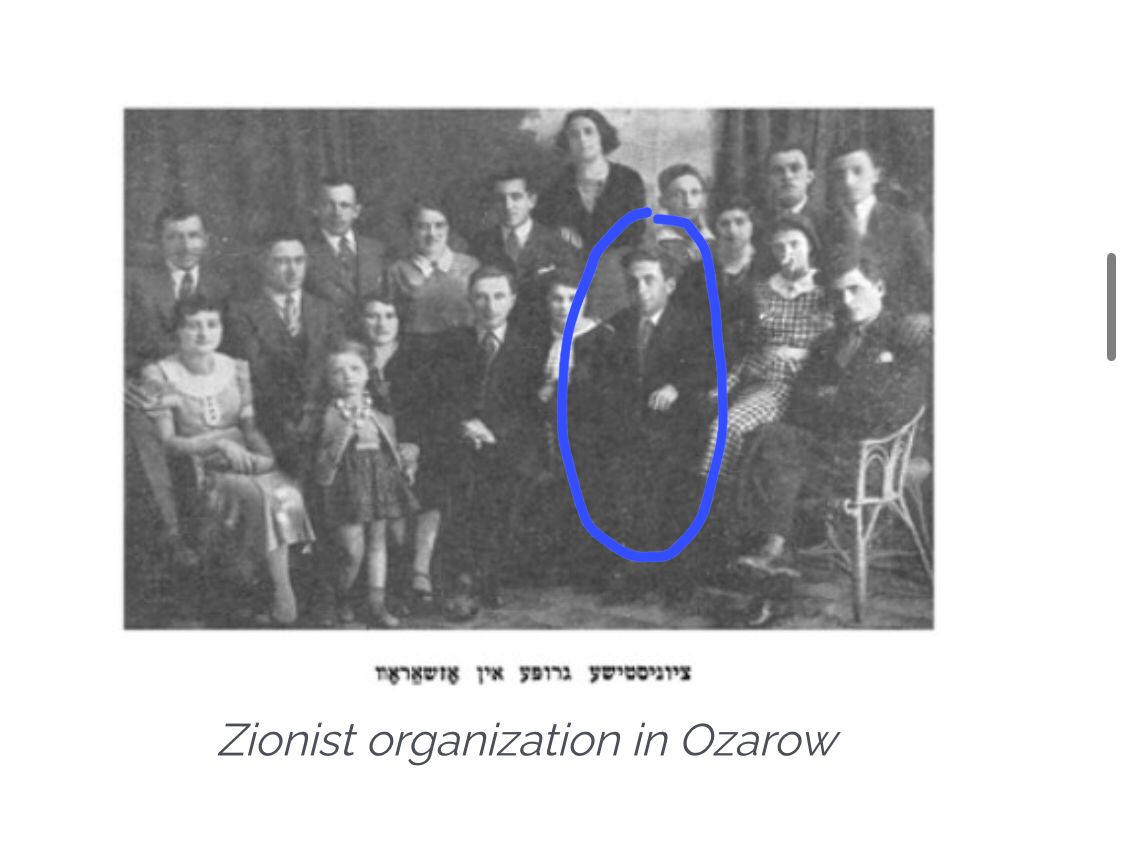 My grandfather's entire family in Poland were innocent victims of the Nazi genocide: his sisters, brothers-in-law and children, his mother, uncles, and cousins.  They all were deported from Ostrowiec in the action of October 10, 1942 to the Treblinka death camp. Only his brother Yekhiel Meyer Lerman and one of his four children, Levi Lerman, survived the Holocaust.

In Buenos Aires, Shlomo was a member of the “Mutual Aid Association for Residents of Ostrowiec and its surroundings” of which he was vice president.  He managed to help his surviving brother and nephew emigrate to Argentina in September 1949, after much effort due to the restrictions against Jewish immigration that still existed in Argentina.

Blessed and eternal is the memory of my relatives cruelly murdered in the Holocaust.